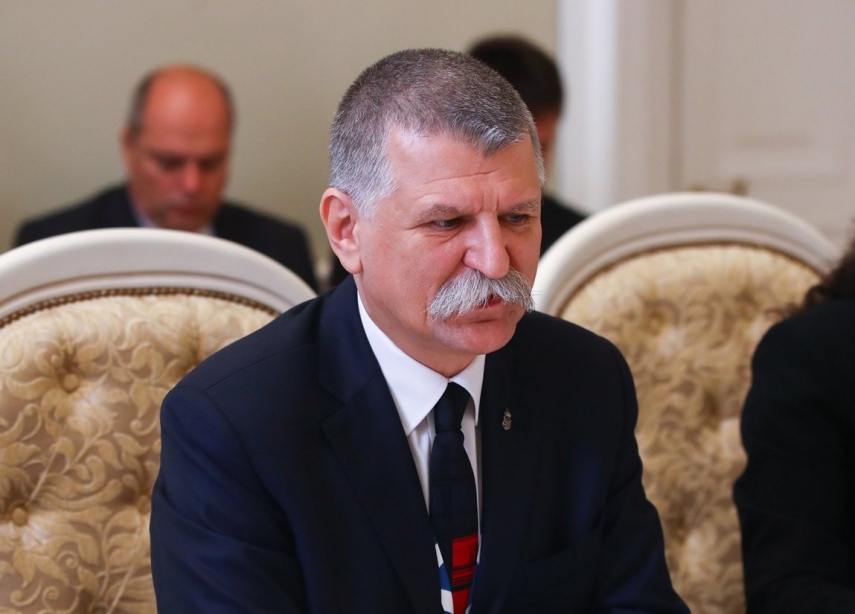 TALLINN - Estonian parliament speaker Juri Ratas on Tuesday met with Laszlo Kover, speaker of the National Assembly of Hungary, via video bridge to discuss deepening bilateral relations, defense cooperation in ensuring the security of the region and mitigating the impacts of the COVID-19 pandemic.

The Riigikogu speaker underlined that ethnic fraternity held an important place in the relations between Estonia and Hungary. "Our two countries have very close relations in the spheres of culture and education, Estonia and Hungary have been good allies in the NATO and the European Union," Ratas said, adding that the cooperation with the Visegrad Four (V4) and the Nordic-Baltic countries (NB8) was also excellent. "Let us keep and develop the great relationship between our two countries," Ratas was quoted by parliament spokespeople as saying.

Ratas emphasized that mutual reopening of embassies in 2018 had helped strengthen bilateral relations even further. The Estonian Institute in Budapest and the Hungarian Institute in Tallinn also have a good cooperation. In the opinion of the parliament speaker, economic relations need to be strengthened, especially in the field of IT. He also thinks that the opening of a direct flight between Tallinn and Budapest would contribute to tourism.

Ratas noted that parliamentary cooperation between the two countries was also active. He added that the Hungarian parliamentary group in the Riigikogu was popular and there was also the Finno-Ugric support group. He expressed regret that due to the coronavirus crisis, the meetings had to be virtual. Both speakers recalled that luckily the speaker of the Hungarian parliament could visit Estonia before the travel restrictions and hoped that soon it would be possible to meet in person again. Hungary invited Estonia to a return visit in August.

"We were hoping to hold the World Congress of Finno-Ugric Peoples in Tartu but due to the virus restrictions, this will be done virtually," Ratas said. "The Three Seas Initiative (3SI) parliamentary forum will also be held virtually on June 3. The forum will give us the opportunity to increase cooperation between our parliaments, and wider involvement of parliaments can also add an important contribution to raising the visibility of this cooperation format and facilitate achieving the practical goals of the Three Seas Initiative."

The Conference on the Future of Europe and its parliamentary dimension was spoken about at the meeting as well. The speakers also shared information on mitigating the restrictions imposed to prevent the spreading of the COVID-19 virus, restoring the free movement of people, and the current state of vaccination and distributing vaccines to the countries that do not belong to the European Union.