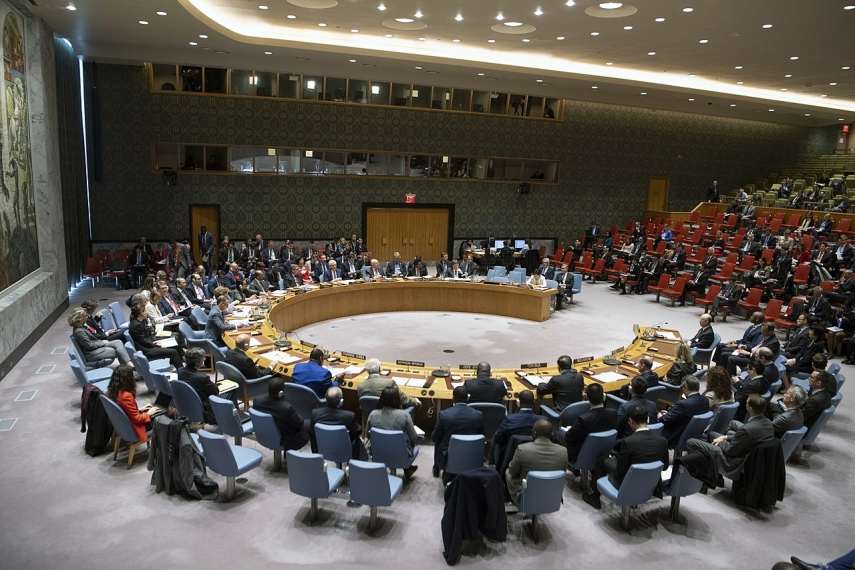 TALLINN - President Kersti Kaljulaid hoisted on Wednesday the UN flag in front of the office of the president to mark the beginning of Estonia's membership of the UN Security Council.

"Estonia will be at the world's hardest diplomatic negotiating table for the next two years. This makes Estonia indisputably larger than our population, area or GDP naturally allows. We are an equal country in a complex and fragile international family. But it comes with an obligation and responsibility to understand and to speak up on difficult issues that at first sight do not seem to concern us directly. We will help stand for a value-based and international law-based world order, without which we and many other countries and nations would have no place in the world," Kaljulaid said after hoisting the flag.

The role of the UN Security Council is to stand for peace and security in the world. The Security Council consists of 15 countries, of which the United States, Russia, France, the United Kingdom and China are permanent members. Together with Estonia, four new elected members Niger, Tunisia, Vietnam and Saint Vincent and the Grenadines will start, while Belgium, Germany, the Dominican Republic, Indonesia and South Africa will continue their membership.