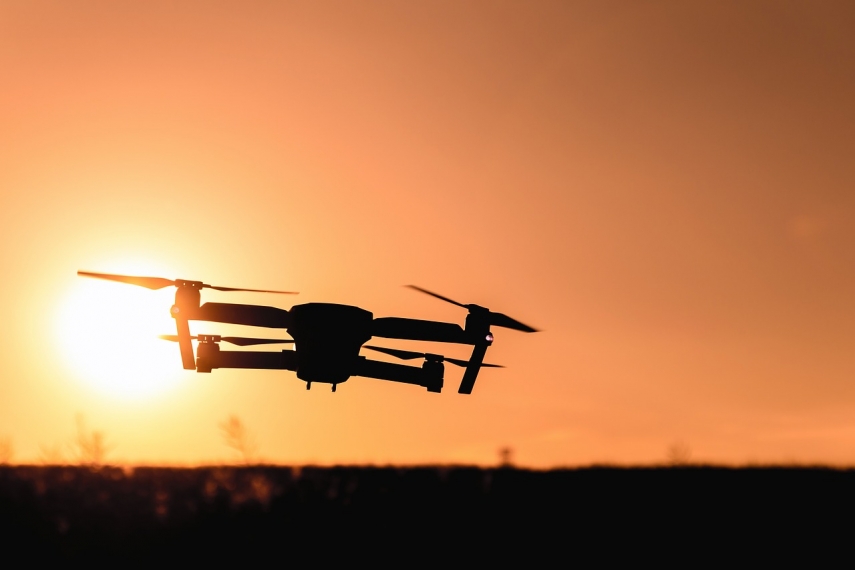 ALLINN - The Estonian Police and Border Guard Board on Friday will showcase the military drones bought for approximately 500,000 euros for guarding the eastern border.

The Police and Border Guard Board with the support from European Union funding purchased nine ELIX-XL type drones, with which to survey the everyday situation on the eastern border and react to rescue and border incidents.

Raivo Kuut, deputy secretary general for public order and migration policy at the Estonian Interior Ministry, said that the drones are part of the whole border construction project in order to ensure that the external border of Estonia, Europe and NATO is securely protected. "The largest change compared to the border guarding methodology and ideology so far is that if years ago, the main emphasis when it came to border guarding was first and foremost on the border guard, then with the border to be built, an increasing role is given to the equipment and technology used to guard the border. The use of drones in the everyday work of the border guard creates even better possibilities for preventing, detecting and stopping border incidents," Kuut said.

Helen Neider-Veerme, head of the office for integrated administration of the border at the Estonian Police and Border Guard Board, said that the Police and Border Guard Board for some time has been testing various drones in order to find one that could be used the most effectively for ensuring the greater security of areas close to the border. "A drone is a good tool to aid in preventing and reacting to border incidents, which helps to get an overview of difficult to access places faster and more comfortably. Whether it is an illegal border crossing, a rescue incident on a border body of water or a landscape search -- the information gathered with the help of a done gives border guards additional possibilities for planning and executing their activities," she said.

For example, if needed, drone images can be locked and moving persons or vehicles of interest can be monitored until the closest patrol reaches the scene. A mobile drone set can among other things also be used in everyday patrols when monitoring the border situation.

The drones were purchased from the Estonian company ELI OU, which develops and produces unique training equipment for defense and paramilitary structures. The company in the last 15 years has focused on developing and producing unmanned aircraft. The company's contribution is valued globally and the company in 2016 was awarded the title of Estonian Defense Industry Company of the Year for developing high potential future technology.

Tonu Vaher, CEO of ELI OU, said that the main area of use of the ELIX-XL type drones is transmitting visual information to the drone operator. "In order to transmit encrypted and stabilized video images, the multirotor has both an HD video as well as infrared camera module, which enable the drone to be used effectively both during the day and at night time," Vaher said. The flight time of the unmanned aircraft ELIX-XL is up to an hour, while the flight radius is up to five kilometers.

The total cost of the project ISFB-11 "Multirotors for conducting surveillance activity on the external border" was half a million euros, which was funded from the European Union Internal Security Fund in the amount of 444,450 euros and co-financed by the Interior Ministry in the amount of 55,550 euros.

The drones were introduced at the Mustvee guard station.