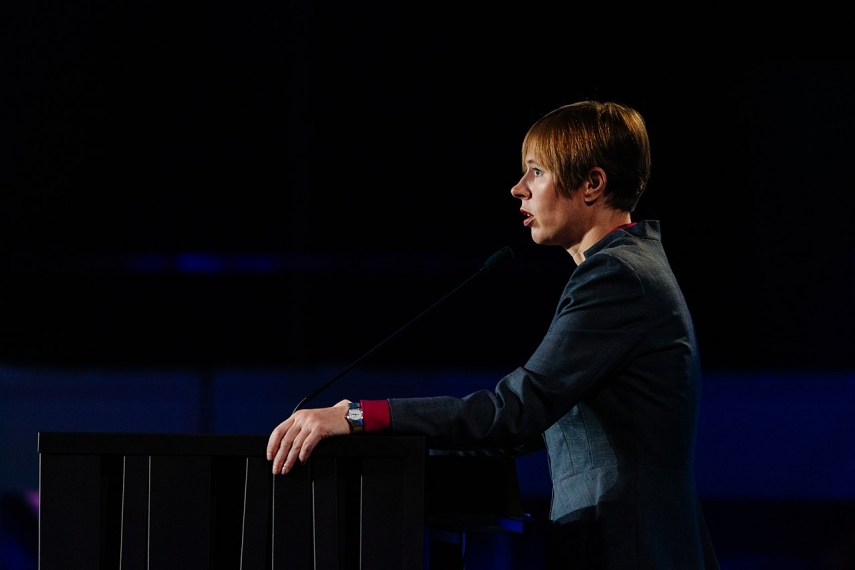 TALLINN - Kersti Kaljulaid, former president of Estonia, said on Thursday that Estonia is in NATO and protected, but at the same time Estonia has a moral obligation to help those who have not yet succeeded in joining NATO.

"Good people of Estonia! This morning, our anthem played at sunrise at Toompea sounded different. The Estonian flag waved differently. 'Our sea waves are free' -- this also sounded different. Suddenly, we all sensed that the 30 years of work, which Lennart Meri always urged us to do in a hurry, because history's windows are short, was timely. We are protected. We are in NATO," Kaljulaid wrote on social media.

According to her, it is ironic, in a way, that Estonia's accession to NATO was guaranteed not only by its firm will to be an ordinary European state, but also by the firm conviction of many of Estonia's allies today that Russia would never pose a threat again. "However, our haste and rush were fueled by the knowledge that a day could come when Russia is once again a threat to its neighbors. This day came in Georgia in 2008, in Ukraine in 2014, and today, on the birthday of the Republic of Estonia, this day has come again in Ukraine. This is the day when intolerable evil was thrown against peaceful people longing for freedom," Kaljulaid said.

According to the previous president, Estonia is protected. "NATO is strengthening deterrence on the eastern flank. And if there is still a little common sense left behind the eastern border, this line will not be crossed. Ukraine never got to where we are. Georgia did not. Moldova and many other of our companions in fate from behind the Iron Curtain have not done so. But we will not leave them behind. It is our moral duty -- being protected ourselves, to do everything in our power to stand up for the right to independent self-determination of Ukraine, Georgia, Moldova, all the peoples of Europe as promised in Helsinki in 1975. Then things seemed hopeless when it came to Tallinn, Riga and Vilnius. Today, the situation is very difficult for Ukraine. But we will not give up, we will not give up the Helsinki principles," Kaljulaid said.

According to her, the European Union should start accession negotiations with Ukraine by way of exception. "This would be the most powerful message from the EU, probably the most powerful geopolitical message since the founding of the EU. Estonia is protected. But it is our duty to give a chance to Ukraine and others who want to be from the free world," Kaljulaid said.

"Estonia is protected. Our own defense forces, together with other NATO units, keep our borders secure. But at least with comprehensive assistance, be it civilian, military or humanitarian, we must also help protect and preserve Ukraine. By keeping the hope of the Ukrainian people alive, we also preserve Estonia!" Kaljulaid added.