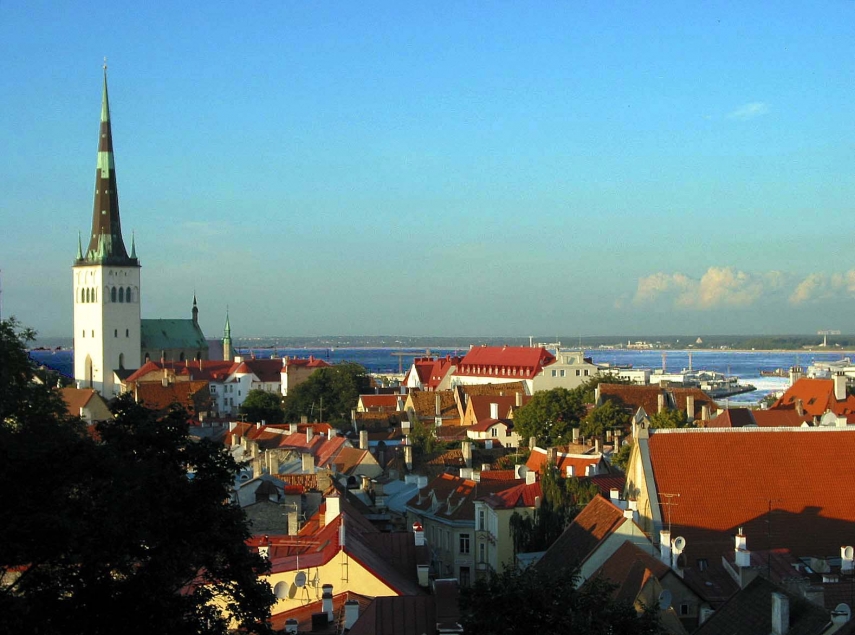 Tallinn, the capital of Estonia, is in Harju County, where the GDP is 42% above the Estonian average [Photo: Creative Commons]

According to  Statistics Estonia, Harju County accounted for 61.3% of the gross domestic product (GDP) of Estonia in 2013. Harju County, the most populous of Estonia's 15 counties, includes the capital Tallinn, as well as a few small towns including Maardu, Keila and Saue.

In 2013, the GDP of Estonia, when adjusted for current prices, was 18.7 billion euros, of which 11.5 billion euros was created in Harju County (9.3 billion euros of that figure being created in Tallinn). After Harju County, the next most prosperous regions were Tartu and Ida-Viru Counties, whose GDP shares were 10% and 7.6%, respectively.

In 2013, 67% of the total value added of Estonia was created in services, 29% in industry and construction and 4% in agriculture, forestry and fishing.

The service sector was the biggest sector in all counties besides Ida-Viru county. The proportion employed in services was highest in Harju (75%) and Tartu (69%) Counties, mainly due to the high input of the cities of Tallinn and Tartu.

The share of agriculture, forestry and fishing was the biggest in Jõgeva County (22%). The share of industry and construction was the largest in Ida-Viru County (53%), reflecting the important role of mining and energy in this county.