Estonia and Ukraine to strengthen cooperation in developing digital society 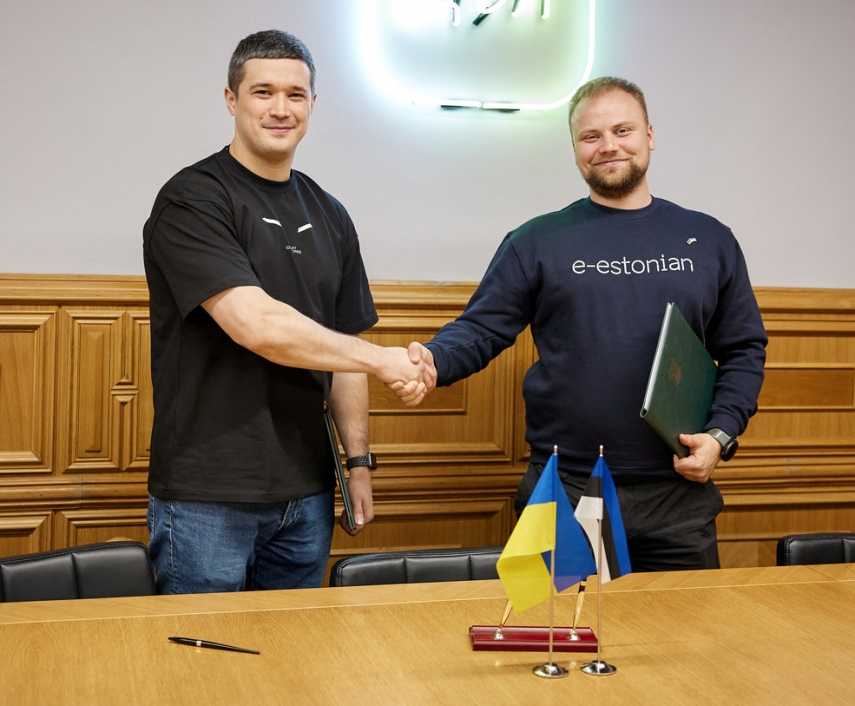 Estonia and Ukraine have signed a cooperation agreement in Kyiv in order to promote an exchange of experiences in the field of digital transformation. The work focuses on cyber security and national digital solutions.

According to Minister of Entrepreneurship and Information Technology Kristjan Järvan, Estonia and Ukraine have learned a lot from each other in the course of their cooperation to date, which has helped with preparing for crises. „Cybersecurity is one of the cornerstones of national security, as in addition to physical combat, active battles are increasingly being fought online. Ukraine’s success in countering cyber attacks shows that the exchange of knowledge between the two countries is fruitful,“ said Järvan. Järvan noted that Estonia is one of the most highly valued advocates of cybersecurity in the world and local experts have consistently advised Ukraine in increasing the country’s cyber resilience. „Estonia continues to offer Ukraine broad-based assistance in ensuring cyber security both during the current brave fight against Russia and in the future,“ the minister assured.

Järvan added that Ukraine sees Estonia as the key partner in developing its digital government, as we are one of the most innovative and developed digital societies in the world. „Estonia is happy to promote the integration of Ukrainian digital services with Europe, supporting their cyber capability and continued work on the creation of a digital state,“ said the minister.

„Estonia was the first country whose´​example we followed when we just started establishing the Ministry of Digital Transformation. Their vision of digital transformation and the creation of a digital state inspired and inspires us to launch services in a few clicks. It is very nice that now Estonia will be able to adopt our mobile first-state experience, where all important data and services are right in the smartphone,“ said Deputy Prime Minister and Minister of Digital Transformation of Ukraine, Mykhailo Fedorov.

As part of the cooperation agreement, Estonia and Ukraine are planning to increase cooperation in developing user-centered and mobile-based digital government. The Estonian Information System Authority and Ukrainian agency Diia shall pilot a national mobile application based on the Diia application in Estonia.

Undersecretary for Digital Transformation Luukas Kristjan Ilves emphasized that the capability of Ukraine’s digital government has grown rapidly in recent years. „In the last five years, Ukraine has built a powerful digital state, which follows Estonia’s lead in many ways. Ukraine’s data exchange layer Trembita was developed by the Estonian company Cybernetica and is very similar to our X-Road. Ukraine has also relied on our experience in creating its digital identity and many sector-specific services. We in turn have much to learn from Ukraine, whose new services are user-friendly and mobile-based. During the war, Ukrainians have demonstrated incredible agility, creating completely new e-services within days and weeks,“ said Ilves.

Estonia considers it important to ensure that sharing digital government experiences and code goes both ways. „Estonia contributes to the development of digital public goods with the objective of making our own  digital government more effective and sustainable. Therefore we cooperated with Finland to create NIIS for the joint development of X-Road and contribute to the GovStack initiative,“ Ilves explained.

Cybersecurity-related cooperation between Estonia and Ukraine is also mutually beneficial. Since the start of the war, Estonian authorities have supported the continuity of Ukrainian digital government services and boosted Ukraine’s resilience against cyber attacks. According to Ilves, this cooperation also benefits Estonia. „By helping to ward off attacks against Ukraine we also boost our own ability to defend ourselves from cyber attacks. We also learn from Ukraine’s experience in ensuring the uninterrupted functioning of both its communications networks and e-services in a state of war,“ said Ilves.

Ukraine and Estonia are also planning to deepen cooperation in the international arena. Ukraine is on the road to membership of the NATO Cooperative Cyber Defence Centre of Excellence located in Tallinn at the invitation of Estonia, who is also inviting Ukraine to participate in various international projects. „I am convinced that the development of Ukraine’s digital society will continue on a positive course after the war has ended. The partnership with Ukraine makes us both stronger and contributes to the security and digital development of Western societies in general,“ said Ilves.