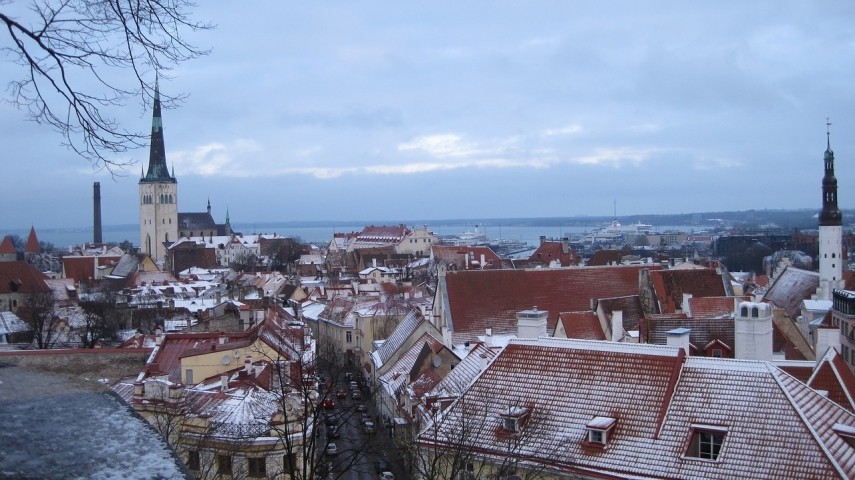 Estonia, which is located in Northern Europe, is a country that is widely underappreciated. Estonia, in addition to being a budget-friendly destination, is home to medieval capitals, picturesque coastlines, and a fascinating historical past. Located on the Baltic Sea, Estonia is bordered by the Russian Federation, Latvia, the Gulf of Finland, and the Baltic Sea.

Estonia is also more accessible than many travelers realize, especially with the EU backing them. Castles, national parks, and cultural hubs are just a few of the attractions in Estonia that are worth seeing. Tallinn is a wonderful city, but it is not the only place in Estonia that is worth seeing. And in this article, we will be telling you about a lot more wondrous sights to visit in this mystical land!

The Lahemaa National Park is, without a doubt, one of the most well-known tourist destinations in Estonia. This park is only an hour's drive from the capital and is an excellent destination for a day trip. When visiting the park, make sure to stop by the Viru Bog or the Viru Raba.

With an ethereal character that contributes to the overall beauty of this region, the trees springing up from the swampy ground are a fascinating sight to behold. In order to really explore the Viru Bog, you should take the 3-mile broad walk, which is a dry trail that helps to keep you away from the water, allowing you to take in the beauty more carefully.

You can also pay a visit to the Sagadi Manor, which is a fascinating attraction in the Sagadi Village, which is located in the heart of the park.

Tartu is the second-largest city in Estonia after Tallinn. Due to its historical significance as the oldest city in the Baltics, as well as its status as the oldest and most prominent university in Estonia, Tartu is a city steeped in tradition. It is a true university city with a young population, as the name suggests. Tartu is a vibrant and hip city with a thriving cultural environment and a thriving alternative art community.

There are many attractions to see in this small city, and you will have a great time exploring them all on foot. Explore the vibrant city center, where you'll find numerous monuments and statues, such as the Kissing Students Fountain, to take in the sights and sounds. If you're looking for the young and stylish side of Tartu, look no farther than the Karlova neighborhood, where you'll find plenty of street art. There's also an annual Street Art Festival to catch!

Viljandi, a small town in southern Estonia, is a popular tourist destination. The city has a long and illustrious history that dates back approximately 2,600 years, and much of its historic architecture has survived to this day. For example, the ruins of the Viljandi Order Castle, which date back to the 16th century, are among prominent tourist destinations.

The yearly folk music festival in Viljandi, on the other hand, is the main incentive to go there. Every July, the city receives as many as 20,000 tourists who come particularly to listen to the folk music performances. At the festival, dozens of concerts are presented in every type of venue imaginable, and it is the largest music festival in the entire United States.

Estonia's largest island, Saaremaa, is located in the Baltic Sea. Several archeological discoveries indicate that the island has been inhabited since at least 5000 BC. Over the centuries, it has passed through the hands of Vikings, Danes, Swedes, Germans, and many more.

Saaremaa is known for its gorgeous scenery and diverse biodiversity, which includes some rare species. The majority of it is covered in forest, with some coastal parts where seal populations can be found. Aside from its stunning natural beauty and animals, Saaremaa also boasts a number of attractive towns and historical places worth visiting.

Don't forget to see the Kaali meteorite craters as well as the Angla windmills. Despite the fact that it has so much to offer, Saaremaa is rarely visited by tourists, making it the perfect spot to make a travel video using Movavi software or other video software like Image Pro, Lightworks, or Shotcut. Add effects like “rotate video” to make it even more stunning!.

There are various islands off the shore and in the Baltic Sea, and Hiiumaa is just one of them. From Tallinn, you can fly there, or take a ferry from one of the several coastal cities on the Estonian mainland, to get to Hiiumaa. Hiiumaa is a popular destination for surfers, sailors, and hikers alike, and it's a perfect location to come if you're searching for peace and quiet.

After all is said and done, Estonia deserves to be considered as more than just a country that barely exists within the European Union. As a result of the abundance of history that exists in this location, a history buff who is committed to learning about it is compelled to come here and relive its splendor, despite the pandemic all around us.

In addition, there are other interesting locations to visit in Estonia. When looking for a new home, this is the spot to go to! Consequently, organize a trip to Europe, pay a visit to Estonia, and enjoy yourself!