Estonia: Tartu to become European Capital of Culture in 2024 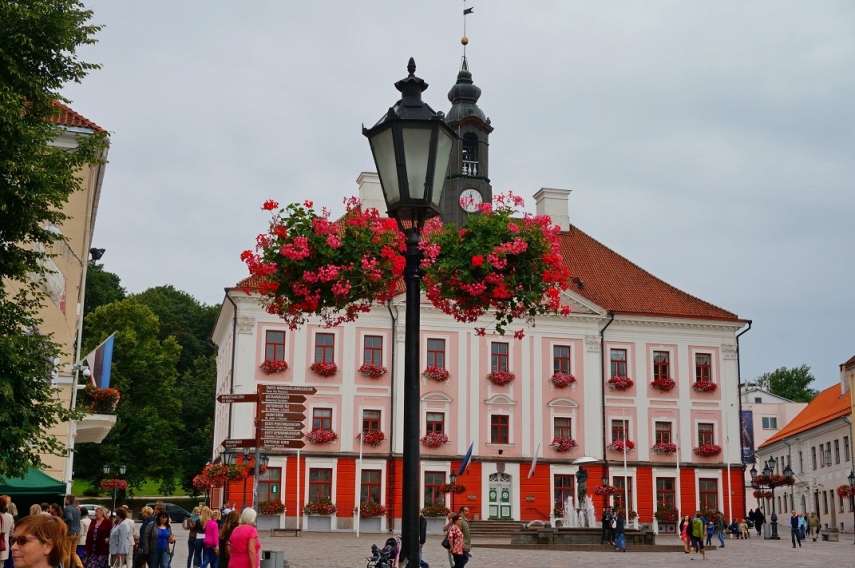 TALLINN - An international expert committee decided on Wednesday to name the South Estonian city Tartu the European Capital of Culture 2024.

Altogether three cities will hold the title in 2024 -- one from Austria, one from Estonia and one European city in a state not belonging to the European Union, spokespeople for the Ministry of Culture told BNS.

The title of the European Capital of Culture has been awarded since 1985 and it has become one of the most influential cultural endeavors, granting the winning city additional funding, encouraging long-term goals and attracting an increasing number of tourists.

"One of Estonia's cities will become the European Capital of Culture once more in 2024. While in 2011, the title was bestowed on Tallinn, now it is time for Tartu to shine in the spotlight for a whole year. The title provides an excellent opportunity for reviving cultural life in the city and taking culture and heritage right to its residents' doorstep. It is also an opportunity to introduce the city and its cultural objects to visitors from Europe and all over the world and appreciate cultural differences on our continent," Tibor Navracsics, EU Commissioner for Education, Culture, Youth and Sport, said.

The competition for the title of the European Capital of Culture began in November 2017. In addition to Tartu and Narva, the capital of the island of Saaremaa, Kuressaare, had also submitted its candidacy by October 2018. Following a pre-selection, Narva and Tartu were short-listed and tasked with submitting their final applications this summer.

"I am pleased that there was strong competition in the final round. Narva and Tartu both did such a thorough work. Even though the winner has been announced, the competition itself also gave all our participating cities an excellent opportunity to increase the role of culture in the development of their city and region more broadly. That is why all good ideas are worth honing and implementing," Estonian Minister of Culture Tonis Lukas said.

The state of Estonia is to support the program with up to 10 million euros, an amount equal to the support granted by the corresponding local government and other resources. The European Commission will award the winner the Melina Mercouri Prize of 1.5 million euros. The applications were weighed by a 12-strong international expert committee. Participant cities in the competition were tasked with designing a cultural program with a strong European dimension that would attract visitors to the city and the neighboring area from all over Europe. The program must also make a long-term impact and contribute to the city's development in the long term.

Altogether three cities will hold the title in 2024 -- one from Austria, one from Estonia and one from a member state of the European Free Trade Association (Iceland, Liechtenstein, Norway or Switzerland) or an EU candidate country (Albania, North Macedonia, Montenegro, Serbia or Turkey) or a potential candidate country (Bosnia and Herzegovina or Kosovo). The cultural capital from Austria will be announced on Nov. 12, and the third winner on Sept. 25.

This year, the title of European Capital of Culture is held by Matera in Italy and Plovdiv in Bulgaria. Next year, Rijeka in Croatia and Galway in Ireland will bear the designation. In 2021, the Greek city Elefsina, Romanian city Timisoara and Serbian Novi Sad will be the title-holders, and in 2022 it will be bestowed on Kaunas in Lithuania and Esch-sur-Alzette in Luxembourg. In 2023, there will be just one European Capital on Culture, which will be chosen from the cities of Hungary.