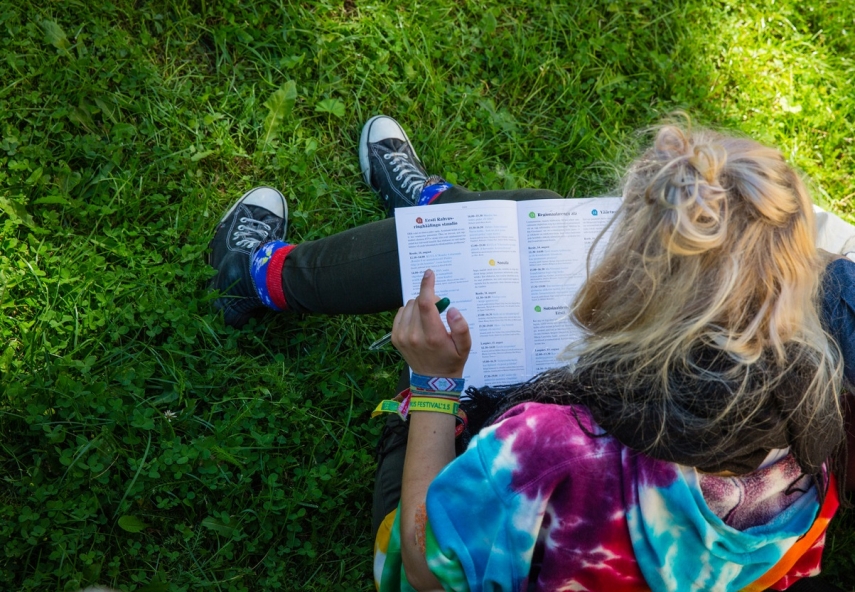 TALLINN - Some 9,000 people gathered in the central Estonian county town Paide on Friday and Saturday to take part in the seventh Opinion Festival, the organizers said on Saturday.

The number of discussions held during the two days was 160, ranging from the future of the Estonian language to the energy revolution, and people could express their opinion in several different ways, even through song, organizers said in a press release.

Over 700 invited participants and discussion moderators took part in the discussions and the festival was visited by 9,000 people over the course of two days. The festival was organized with the help of 300 volunteers, it was said in the press release.

Maiu Lauring, the festival's organizer, expressed joy that heavy rains on the first day of the festival did not scare people away, but brought them together under the roofs of discussion areas and created a cozy atmosphere for the duration of the entire festival. "We need to build stronger and more meaningful relationships to cope with the challenges facing us in the future. I believe that each and every conversation at the festival took us a step closer to that," Lauring said.

The next Opinion Festival is to take place in Paide on Aug. 7 and 8, 2020, it appears from the press release.

Supporters of the festival include the National Foundation of Civil Society, the University of Tartu, the Republic of Estonia 100, Swedbank, Telia, the British embassy in Estonia, the Paide city government, the Union of Jarva County Municipalities, the office of the European Parliament in Estonia, the European Commission representation in Estonia and Topauto.