Estonia: Merkel gets overview of recent developments in cyber defense 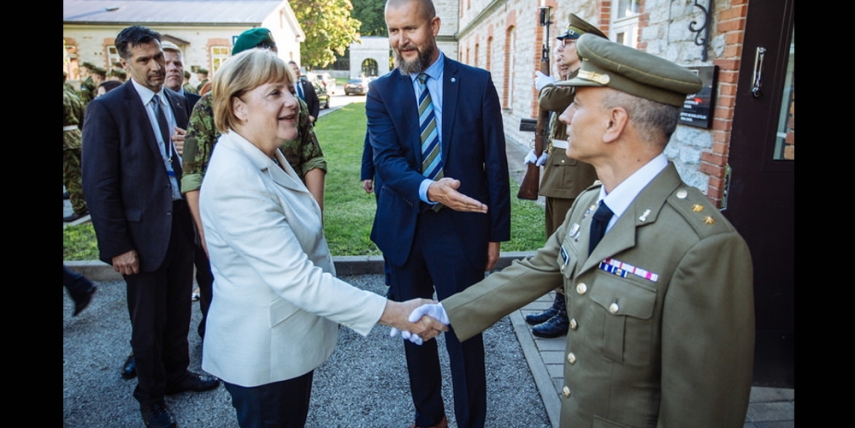 TALLINN - German Chancellor Angela Merkel who is on a two-day visit in Estonia on Wednesday went to the NATO Co-operative Cyber Defense Centre of Excellence (CCD COE) in Tallinn where she was presented a summary of the latest advancements in the field of cyber defense.

"Germany is a founding member of the NATO cyber defense centre. Angela Merkel's government already in 2008 decided to take part in the operations of the centre and contribute to it with several experts and a chief of staff," head of the centre Sven Sakkov noted according to spokespeople. "It is unlikely that an international conflict takes place without resistance in cyber space and all countries have to be able to implement effective rules of law in regard to what is happening in cyber space as well as protect computer networks.”

"Like many states, Germany is creating an ability to operate in cyber space. It is a new world where co-operation between allies is more important than before," Sakkov explained, emphasising that the German defense forces are forming a cyber defense unit.

The NATO CCD COE is a NATO-accredited knowledge hub, think-tank, and training centre based in Tallinn , which prioritises interdisciplinary applied research and development, in addition to consultations, training, and exercises in the area of cyber security. Membership to the centre is open to all allies.

At present, the Czech Republic, Estonia, France, Germany, Greece, Hungary, Italy, Latvia, Lithuania, the Netherlands, Poland, Slovakia, Spain, Turkey, the United Kingdom, and the United States have signed on as sponsoring countries of the facility. Austria and Finland have become contributing participants — the status available for non-NATO countries.