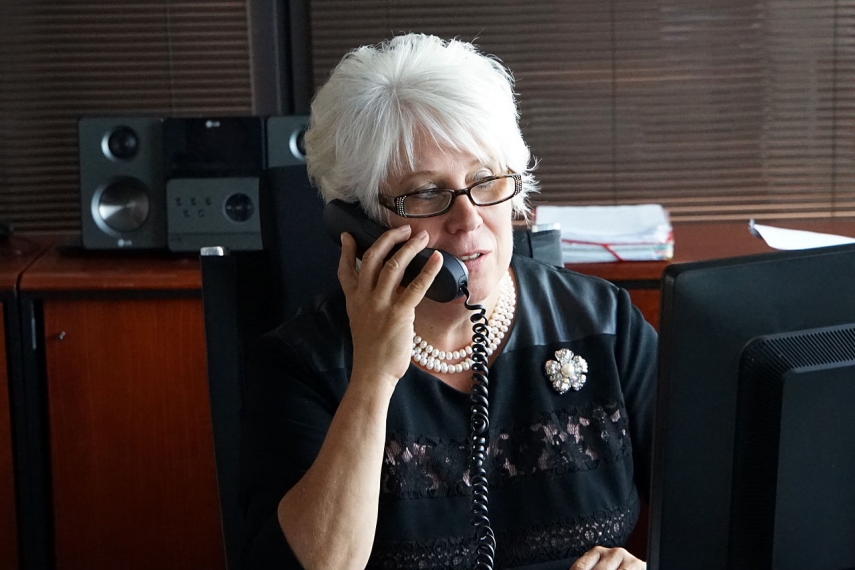 TALLINN - Former Estonian Foreign Minister Marina Kaljurand has accepted an offer of the World Bank to take part in exploring violence against women taking place on the internet.

"Some time ago I received an interesting proposal from the World Bank – to explore international practices when it comes to online violence against women or digital violence. I was proud of having received such a proposal and I agreed," Kaljurand said on social media.

Kaljurand's work will be part of the World Bank project titled "Women, Business and the Law," which draws on readily comparable data across seven indicators: accessing institutions, using property, getting a job, providing incentives to work, building credit, going to court and protecting women from violence.

So far four such reports have been completed, the last of them in 2016. The fifth report is scheduled for publication in 2018.

"I was invited to contribute to the chapter dealing with violence against women, to analyze online violence against women: how serious this topic is, how different countries are dealing with it, what are the best practices and experiences, what laws have been adopted in different countries and how these laws are being implemented," Kaljurand said.

"I have begun the analysis, but a lot of work still lies ahead. Last week I was in Sweden, where I met with Sweden's Foreign Minister Margot Wallstrom who is very active on topics related to women," Kaljurand said. "Next week I will travel to Washington, where I will meet with members of the Georgetown Institute for Women, Peace and Security and the World Bank work group that is writing the report for 2018," Kaljurand added.

Kaljurand resigned as foreign minister of Estonia on Sept. 9, 2016, to stand for the office of president. She received 75 votes in the electoral college vote, failing to make the runoff. After the presidential election, Kaljurand continued to work in the position of adviser on cyber security at the Foreign Ministry.