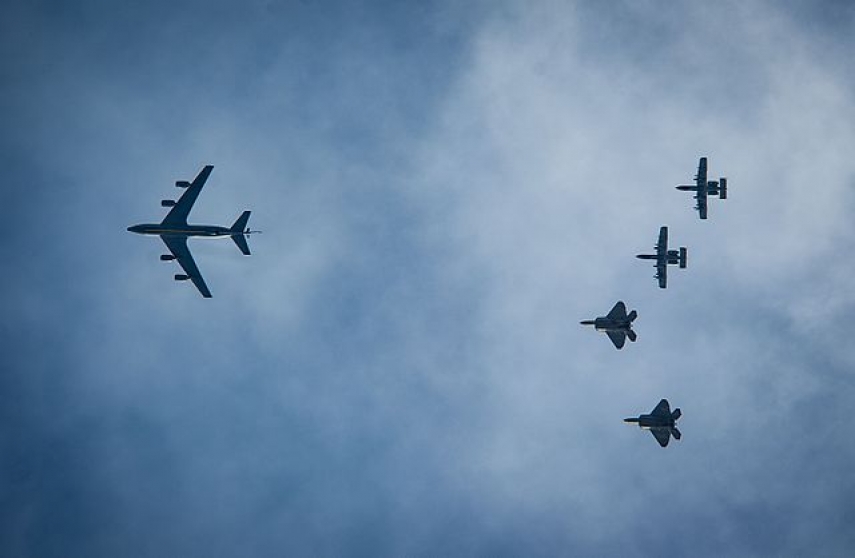 TALLINN - The NATO Baltic air policing mission is to be performed out of the air base of Amari in Estonia for the next four months by an Italian air force component, which took over the duties from the air force of Belgium at a ceremony on Wednesday.

Estonian President Kersti Kaljulaid thanked the Belgian contingent for excellently guarding the Estonian airspace. "Your contribution has been an excellent example of the solidarity of NATO member states as well as Belgium's readiness and capability to support its allies," Kaljulaid was quoted by spokespeople as saying.

Kaljulaid also welcomed the Italian pilots, saying that the cooperation between Estonia and Italy is a great example of the challenges NATO is facing today and the joint solutions to these. "Italy contributes with its fighter jets to the collective defense of NATO's eastern flank, while Estonia actively contributes to foreing operations on the southern flank of the alliance with its soldiers," the head of state said.

Commander of the Estonian defense forces Gen. Riho Terras at a ceremony awarded the Belgian contingent with air policing mission medals and thanked them for protecting the airspace of Estonia and other Baltic states. He also welcomed the Italian pilots who will serve here for the next four months.

In addition to guarding the Baltic airspace out of Amari, the Italian component will carry out trainings for its members as well as with other allies in the region.

Italy will guard the Baltic airspace with four Eurofighter Typhoon fighter jets. The home base of the Italian contingent is Gioia del Colle air base in southern Italy.

The Italian air force has previously participated twice in the Baltic air policing mission, but out of the Siauliai air base in Lithuania.