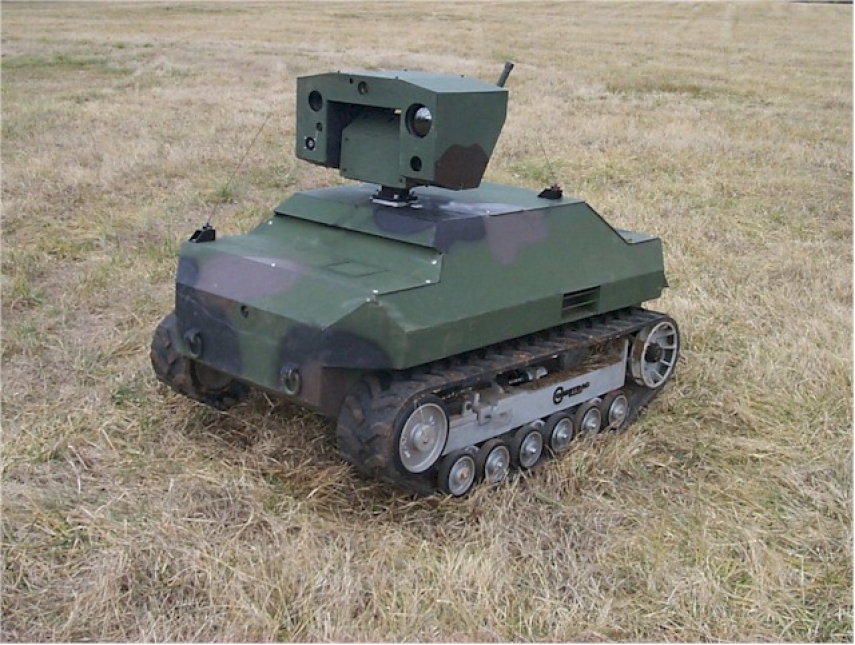 TALLINN – Estonia together with the ministries of defense of Finland and Latvia is planning to develop unmanned land systems within the framework of the European Union's Permanent Structured Cooperation (PESCO).

Germany, France and Belgium have also expressed interest in joining the project. A total of 30-40 million euros has been earmarked for use from the European Defense Fund, with participating countries also set to make a contribution. The start date for the planned project is the first half of 2019, the Estonian Ministry of Defense said.

"The same considerable growth that we saw with unmanned aerial vehicles (UAVs) 10-15 years ago can be expected in the near future for unmanned land platforms. The project's ambition is, in cooperation with partners, to develop a solution for unmanned land systems, which would become the European standard," Kusti Salm, director of the defense investments department at the Ministry of Defense, said.

An unmanned land vehicle, along with an autonomous control system, cyber defense solution and integrated network of sensors, will be developed within the framework of the project. The system's initial functions are associated with improving situational awareness on the battlefield and raising the level of efficiency of the maneuvering and transportation capabilities of troops.

For example, Milrem Robotics deals with developing unmanned land vehicles specifically for the military field in Estonia. Milrem's main product is the THeMIS unmanned tracked ground vehicle, which can fulfill various tasks on the battlefield. THeMIS can transport soldiers' equipment but difficult weapons systems can also be integrated to it.

In preparation for the project, Estonia has started, under the leadership of the Estonian National Defense College, a research and development project for raising the tactical level of unit combat capabilities for unmanned systems, which is being implemented in cooperation with the nine members of the Estonian defense industry consortium.

The unmanned land system development project was submitted to the second application round for PESCO projects. The approval of EU ministers of defense is required in order to start projects that are being carried out within the framework of the European Union's Permanent Structured Cooperation.