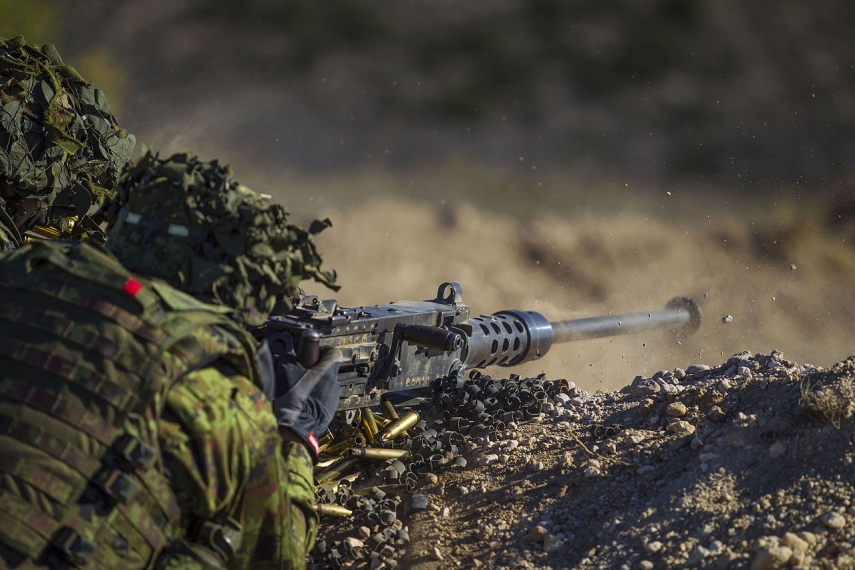 TALLINN - The headquarters personnel of the 1st and 2nd infantry brigades of the Estonian defense forces and representatives of its subunits are participating in the command post exercise Saber Knight 2019 led by the NATO Multinational Division North (MND North) in Lithuania this and the coming week.

"This exercise is a testament to the dedication of NATO and its member states to supporting and promoting stability and peace in the Baltic region through mutual defense cooperation," commander of NATO MND North Maj. Gen. Flemming Mathiesen said at the opening event of the exercise.

The purpose of the Saber Knight command post exercise is to develop the operational capability and cooperation of the participating units as well as integrate allied units into the defense of the Baltic states.

The active phase of the exercise that kicked off yesterday tests our military knowledge, resilience and ability to predict and react to the enemy's moves as well as our capability to cooperate with the allied units protecting the Baltic states and the local population, commander of the 1st Infantry Brigade Col. Vahur Karus said.

Saber Knight 2018 is a part of the training cycle of the Multinational Division North designed to rehearse planning and carrying out military operations to defend the Baltic states. Participants in the the exercise will include some 1,000 troops from Estonia, Latvia, Lithuania, Denmark, the United Kingdom, Canada and Slovakia.