Estonia: Decision on natl designated spatial plan on FinEst tunnel may be left to new govt 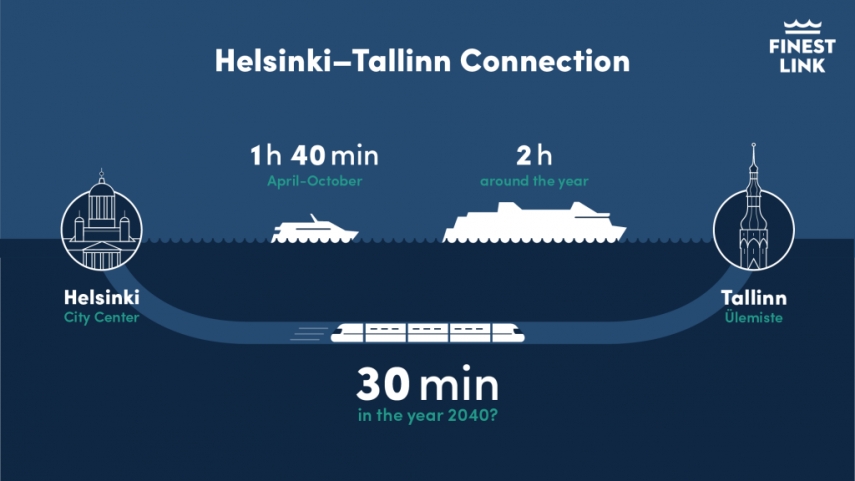 TALLINN - Minister of Public Administration Janek Maggi on Thursday will give the Estonian government an overview of the application for initiating a national designated spatial plan for the Tallinn-Helsinki undersea tunnel project, but the decision on initiation may have to wait until the government convenes in a new composition, the news portal of public broadcaster ERR reported.

Maggi said that the memo on the request for a national designated spatial plan is simply an item of information for Cabinet members.

Maggi estimated that it may indeed take the government up to 90 days to decide on the matter as he has met with representatives of Sorainen law firm and learned that there is a lot of work to be done.

"It regards what the national designated spatial plan entails, because it does not just concern Estonia, but the Finnish side as well. It is a transnational project," the minister said.

The deadline currently set in mid-March also depends on whether the developer of the project, Finest Bay Area Development, has correctly submitted all relevant documents, or if the Ministry of Finance needs to inquire further information.

That, however, means that the decision on whether to initiate a national designated spatial plan may have to be made by the government which assumes office after the general elections.

"In any case, we will give a timely and correct reply and do everything in our power to do so," Maggi added.

Finest Bay Area Development at the end of November filed a request with the Estonian Ministry of Finance for starting the procedure for a national designated spatial plan for the planned railway tunnel and an artificial island.