Estonia: Conference to be held in Tallinn to mark 30th anniversary of fall of Berlin Wall 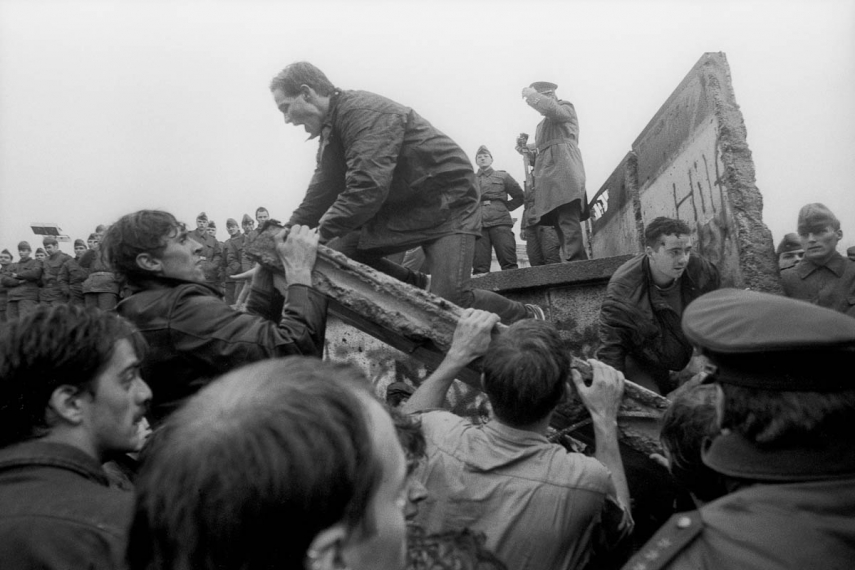 TALLINN - A conference in Tallinn at the end of this week will mark the 30th anniversary of the fall of the Berlin Wall in the late autumn of 1989, which meant the end of the Iron Curtain and reunited Eastern and Western Europe.

On Friday and Saturday, the Konrad Adenauer Foundation's Estonian office, the Estonian Institute of Historical Memory and the Open Estonia Foundation will hold a conference dedicated to remembering the event and thinking about the lessons of this ground-breaking event for the present day. The two-day conference will bring to Tallinn a wide range of speakers, including historians, sociologists and NGO representatives from Estonia, Germany, Poland, Belgium and the US.

On Friday, discussions will analyse the salience of the events of that year, drawing parallels with the past. Questions will be asked on how to reduce cleavages in the current world, stand up for democratic values and take judicious decisions in conditions of technological "arms race".

"The Konrad Adenauer Stiftung wishes to commemorate the 30th anniversary of the fall of the Berlin Wall with this event, which aims to showcase a piece of German history while exploring similarities to other independence movements and to apply the lessons learned to today's challenges," Elisabeth Bauer, head of the office for the Baltic states of the Konrad Adenauer Stiftung, said.

The Estonian Institute of Historical Memory's public relations manager Sergei Metlev added that 1989 was the year it became totally clear that regimes built on a violent communist ideology were economically unviable and moral failures. "The fall of the Berlin Wall and the Baltic Way are the events that were made possible by bold citizens who believed in freedom, and whose inspirational contribution deserves more study and documentation. The conference will help to understand the actual historical scale of these events and analyse what has been achieved over 30 years," Metlev said.

The second day of the conference will feature the Open Estonia Foundation's annual headline event – the Open Society Forum. The 23rd forum will center on a discussion between former Estonian president Toomas Hendrik Ilves and Yale University professor Timothy Snyder, one of the foremost experts on Russia and Eastern European relations. Ilves and Snyder will philosophize on the current world order, and building and dismantling walls between walls and societies. Their conversation will be moderated by the director of the Open Society European Policy Institute, Heather Grabbe.

Timothy Snyder is a recipient of the Estonian state decoration, the Cross of Terra Mariana, 3rd Class. Three of his works have also been translated and published in Estonian -- The Red Prince in 2015, Bloodlands in 2016, and Black Earth in 2017.

The conference is by invitation only but it can be streamed live and on-demand on Postimees and Estonian public broadcaster ERR websites. The feed can be watched in either Estonian or English.

The organizers would like to thank the Estonian Government Office, the US embassy in Estonia and the Estonian business community for their support.