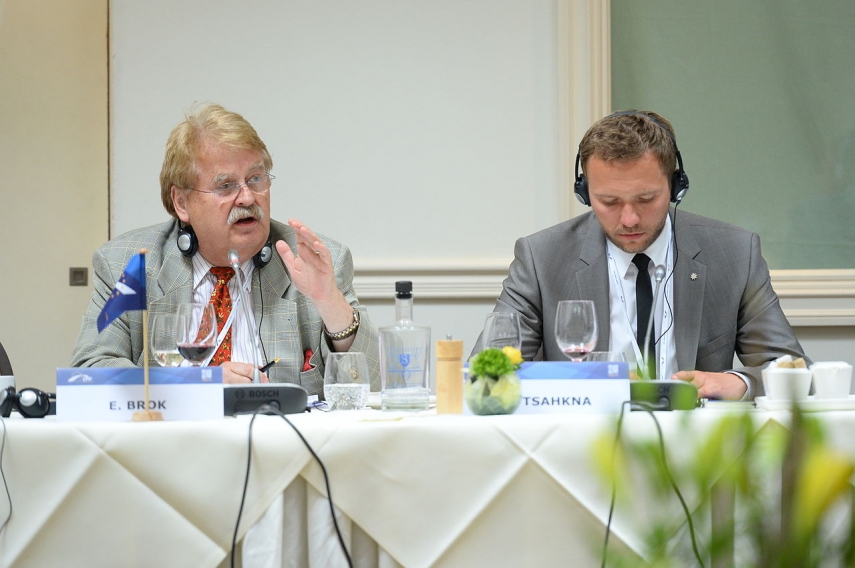 TALLINN - Estonian Defense Minister Margus Tsahkna and U.S. Ambassador to Estonia James Melville will sign a bilateral agreement on defense cooperation between the United States and Estonia on Tuesday.

The accord has to be ratified by parliament.

The Estonian government gave its nod to the agreement and authorized the defense minister to sign it last week.

The agreement complements the already existing agreement on the status of armed forces between NATO member states (NATO SOFA), spokespeople for the government said. It will reduce the red tape related to the stay of members of the U.S. armed forces and their contractors in Estonia and make available to them certain advantages based on common strategic interest and principles.

The document will replace the agreement on the use of land plots and structures of the Estonian defense forces that were concluded in 2015 by means of exchange of notes between the governments of Estonia and the United States.

The accord will not restrict Estonia's exclusive right to give permission for the entry of members of the U.S. armed forces, military aircraft, and military vessels into Estonia.

The focus of the tax exemptions envisaged under the agreement is primarily on goods and services meant for official use. One of the basic principles of international defense cooperation is that no country must earn money at the expense of the armed forces of the sending state.