Eritrean refugee Delina: “I want to become a biochemist in my new home, Lithuania” 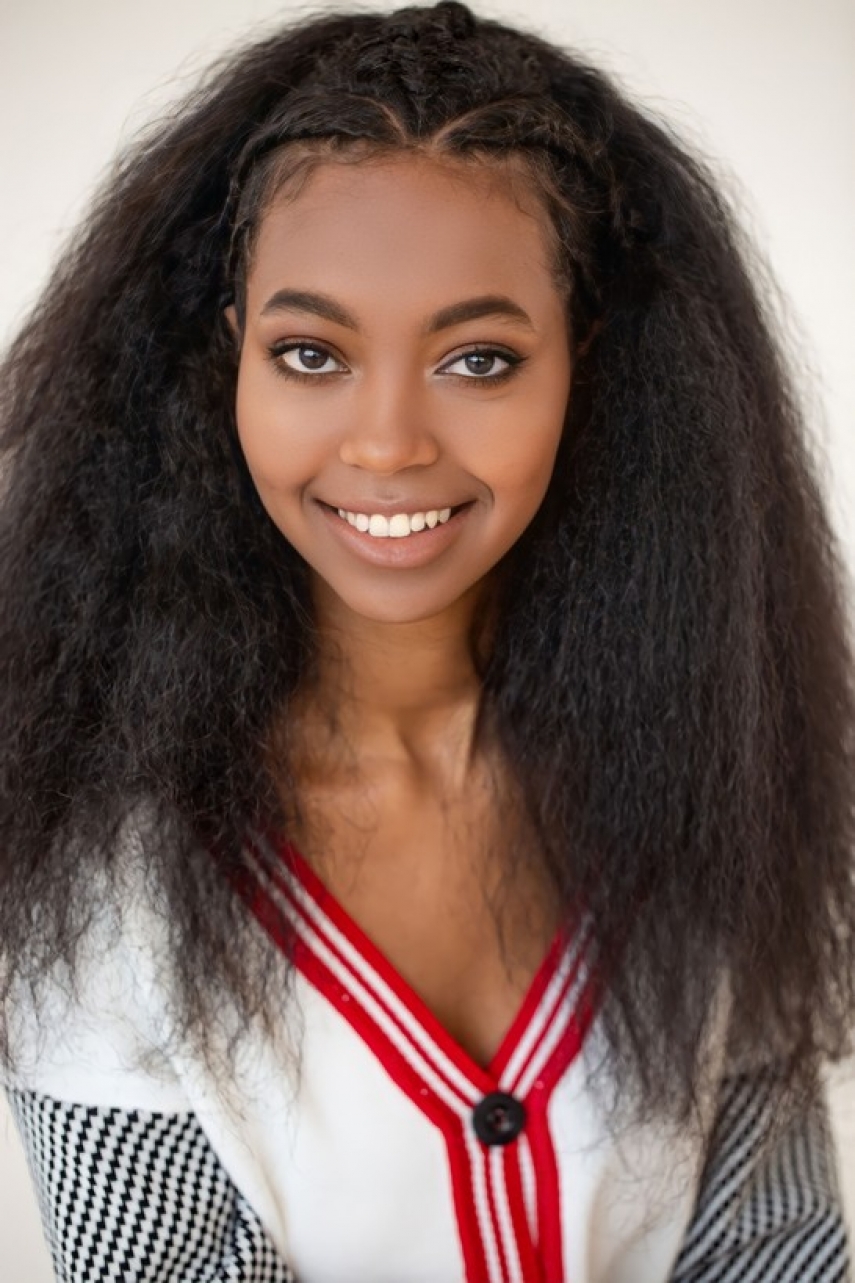 For Mehari Delina Binega, a 17-year-old refugee from Eritrea, a small African nation neighbouring Sudan and Ethiopia, until very recently, life has been just scathing, rough and inauspicious. But the eyes-gleaming, sweet, and goal-oriented girl, who already signed up with a local modelling agency, believes firmly she has found a new home and future – Lithuania. “I really like it here. I just wish I could bring my mum and brother over here. I want them to see my biggest dream – becoming a bio-scientist and fighting cancer, which killed my dad when I was a baby, come true” Delina told The Baltic Times Magazine.

How did you get from Eritrea to Lithuania? I suppose you’d heard nothing about it before?

Leaving Eritrea was very hard. Unfortunately, Eritrea is an authoritarian country, and its President has been in power for over 30 years. When you are 18, you must do military service, girls too. If you have lower marks at school, if you are not married, it is very likely you end up being in the army. Besides, in my country, many people do not have any passports – the authorities do not issue them to keep people from travelling abroad.

When I was one year old, my dad died and, at 7 or 8, I went to live with my aunt Fana – my mother was not able financially to raise me. When my aunt’s husband got arrested, she decided to leave the country – flee it illegally, through the Saharan desert to Sudan. From there she reached Egypt, where she had to use human traffickers’ services to get to Italy. On a raft, putting her life on the line. If I am not mistaken, it happened around 2016.

After Fana left, my other aunt, Simret, started to take care of my brother and me. When in Italy, Fana wanted to be relocated to Finland, but that was impossible. So when the Italian migration officials asked her if she would be ok if sent to Lithuania, a country she had never heard of before, she said “yes.” Frankly, before arriving here, I had not heard of Lithuania either.

Already in Vilnius, she filed papers for us – my cousins Noh, Yosiyas and Naemi, aged 16, 14 and 12  respectively, the other aunt, Simret, and me, all of us still in Eritrea, to come here. She was told it could take quite some time to process them.

So we set out for the dangerous journey through the desert. As far as I know, we paid the smugglers around one thousand American dollars to get us over the Eritrean-Ethiopian border. We walked three hours on foot through the desert. The sun was so hot, the sand was hot as well – I could barely walk. I was 14 then.

When I think back, I see that we were very lucky. Many people are treated horribly by the traffickers – they get beaten, cheated, many never make the trips. Besides, shortly after we made the trip, a civil war broke out in Ethiopia’s Tigray region – many people were killed there. If I had not left, I may have ended up being in the Eritrean army and participating in the bloody conflict.

Already in Ethiopia, we were put in a refugee camp – very crummy and crammed with other people of our fate. We stayed there one month. One of our relatives, who had stayed there over three years, met us and helped us. We were very lucky again.

Afterwards, we were transferred to a refugee facility in Addis-Ababa, the capital of Ethiopia, where we spent around three years. I did not even go to school in the first year while in the city, believing that we would be able to leave the camp much quicker.

When in Addis-Ababa, Fana, the aunt in Lithuania, was sending us money to support us. She worked then as a cleaner and a dishwasher. She still keeps the jobs. In Eritrea, she was a housewife, her trader husband was taking care of the family and me, too. Now she is 43 and works hard to ensure a better future for us. I am very grateful to her.

What was your trip from Addis-Ababa to Vilnius like?

First, last August, we had a flight to Istanbul and then to Vilnius.  I do not know who paid the air fares, I assume it was the Lithuanian government.

Where do you live in Vilnius?

My aunt rents a small apartment in the city. Six people stay there. We were very lucky to have our aunt here. If not, we’d have been placed in a refugee camp here. However, it would be great to move to a house, but the salary she gets from the low-paid jobs is too little to make it happen. My cousins Noh, Yosiyas and Naemi stay together with me.

It is very cool! I love it. I love the old architecture in the Old City. Seeing snow last winter – for the first time in my life – was amazing. However, the weather is a little bit cold for me here. The average temperature in Eritrea is nearly 30 C in winter and not much colder in summer.

Are the people friendly here?

The majority are. They smile, they wave to us and greet us wherever we go. But to be honest with you, some, very few, seem to be scared by us – some even cross the street upon approaching us. I believe they haven’t met many people of colour so far. But such things happen everywhere perhaps?

Tell me about your modelling quest in Vilnius…

I am with Modilinos model management agency here. I was in Caritas, involved in ceramic and drawing activities, when Jolanta (Jolanta Sadauskiene – founder of the agency; she is involved in many charitable activities – TBT), happened to stop by. At first, I did not even know who she was, so we were having a very casual chat. When she asked me if I’d be interested in modelling, I got very excited: “Of course!” Soon, she arranged two photo-shoots of me, for which I am very grateful to her. I am about to have a new photo-shoot in Kaunas next week (the interview was conducted in February – TBT). But to make a living I need a permanent job. I had been looking for one here since my arrival. But being underage prevents me from fulfilling the dream. It would be great to get a job here in summer. I can be a waitress, for example. I turn 18 in July. I cannot wait!

Did you try the local cuisine?

I did. For example, the cold beet root soup, saltibarsciai. I was not very fond of it, to be honest (grins). At home, most of the time, we prepare our Eritrean dishes. If we have chicken, it is spicy, with lots of special gravy.

What do you miss from your Eritrean life the most?

My friends, my grandparents. In a way, all my country. Since the internet has been off for the last year or so in my country – due to the fear of the local authoritarian regime of unrest, the communication is not easy. I call them once in the blue moon, but the calls are extremely expensive.

Have you made any Lithuanian friends?

Not yet. I’ve become friends with a Ukrainian girl, Danila, who lives in the school’s dormitory. And also with a local girl, Marija, who works in Caritas. They both are very nice to me.

You speak excellent English? Where did you learn it?

English is not my native language. I learned it myself by watching many English movies in Eritrea. When in school there, English was one of my favourite subjects. I also speak Tigrean, Amharic – the latter is the language used in Ethiopia – and now I am learning Lithuanian (grins.)

What is your progress with Lithuanian?

(Grins). I can speak it a little. I am learning the Lithuanian language in Lietuviu namai in Vilnius. After one year, I should be able to enrol in a Lithuanian secondary school. If I pass the qualification exams.

What is the funniest Lithuanian word to you?

“Grybas”, meaning a mushroom. I was told it has a bad connotation among the local youth (grins).

Where do you see yourself in future?

As I mentioned, I want to bring over my mum and my brother Selemon, who is 11, here too, but this is very complicated. Some just don’t understand why my aunt, not my own mum cared for us in Eritrea and arranged the escape.

As I have gotten adapted to Lithuania by now and I feel cosy here, I see my future here.

You are very sweet and upbeat. What drives you through the thick and thin?

My faith, my dreams…I have a dream (Delina becomes teary – L.J.) of becoming a biochemist  someday. As my father died of cancer, I want to battle the illness and kill it (grins).