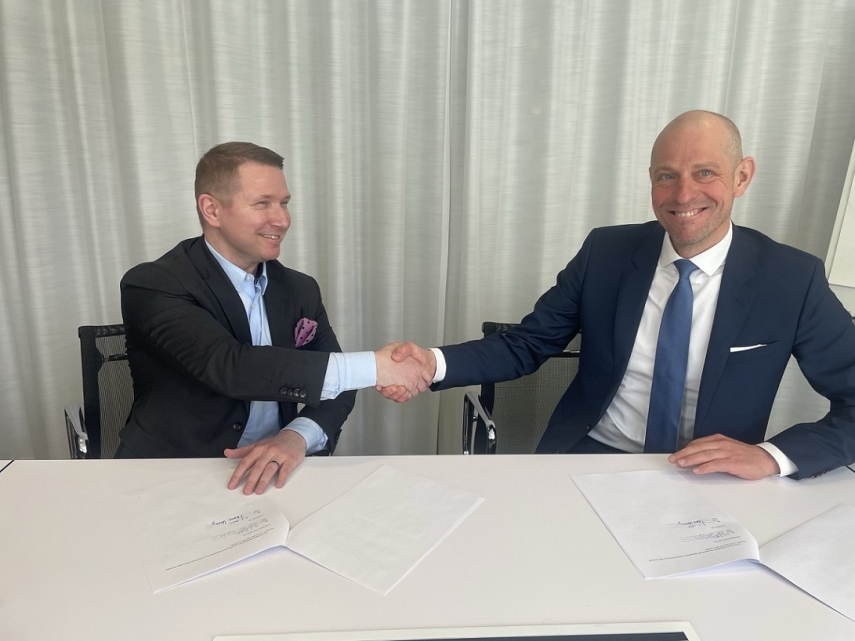 On Wednesday, the Estonian and Finnish gas system operators Elering and Gasgrid Finland signed a cooperation agreement for the joint lease and management of the LNG floating terminal to ensure the security of gas supply in Estonia and Finland and to end the need for Russian pipeline gas consumption.

According to Taavi Veskimägi, Chairman of the Management Board of Elering, this agreement clarifies the most important part of the LNG supply chain, ie the LNG floating terminal. "Our joint process including securing of the vessel to the region by the end of the year is progressing as planned.“

"Once the floating terminal has become the cornerstone of this complex and multi-stakeholder cooperation project, we will continue negotiations with Alexela and Infortar in Estonia to develop a haulage site in Paldiski. It will depend on these negotiations when gas traders can start using the LNG terminal to deliver gas to the region. To the market participants, we want to go public with the rules of using the terminal as soon  as possible,“ added Veskimägi.

According to the cooperation agreement between Elering and Gasgrid, the parties will develop the necessary infrastructure for the accomodating of the LNG floating terminal and will bear the related costs in each country. However, the rental costs of the floating terminal are going to covered jointly. The costs are divided between the parties in the same proportion with the Estonian and Finnish gas consumption, ie Elering's share is 20 percent and the Finnish partner’s 80 percent.

According to the current plan, the LNG floating terminal will arrive in Estonia by the end of the year and remain here until the hauling site for the terminal is also completed on the Finnish side. Standing in Finland, the floating terminal is able to serve both Finnish and Estonian customers in the best possible way and ensure security of supply in both countries. With the LNG floating terminal also in Finland, Estonia will have two potential gas supply directions, Balticconnector and the floating LNG terminal in the north, and the Latvian underground gas storage facility, the Klaipeda terminal and the Polish-Lithuanian gas connection in the south.