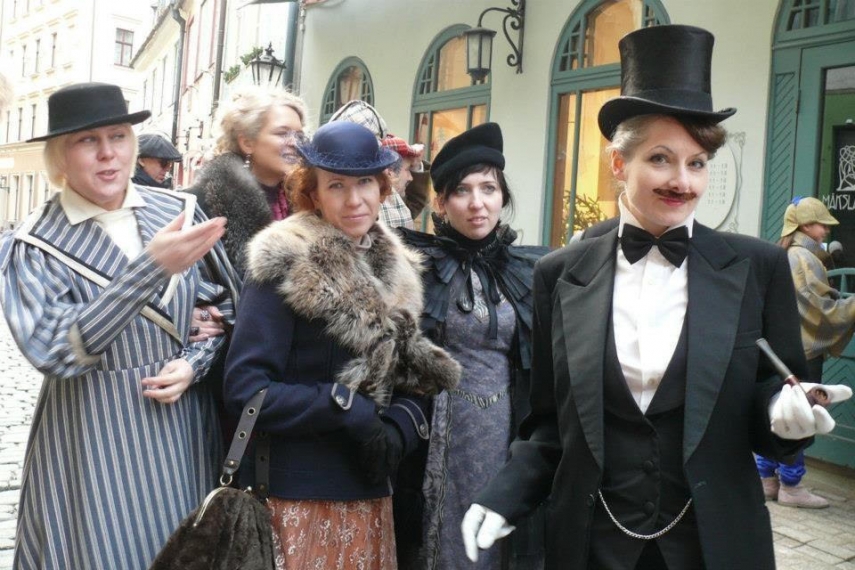 January 9 2016 will see the Latvian capital viewed through the eyes of Sherlock Holmes - the most famous literary creation by British author and physician, Sir Arthur Conan Doyle,

Sherlock Holmes, the genius ‘’consulting detective’’ who lived at 221B Baker Street in London, though fictional in nature, is undoubtedly one of the world’s greatest detectives.

Since 2011, Riga has celebrated the birthday of this legendary sleuth, which takes place on January 9.

This year promises to be no different, as the Latvian capital will see well wishers descend on the city dressed in Victorian get-up.

In addition to long loose coats, smoking pipes and magnifying glasses, the event organisers have also prepared a series of crime solving activities for wannabe sleuths.

The event promises to be an international affair, with characters posing as investigators from all over the world joining the celebration - Holmes’ colleagues, Russian detective Erast Fandorin, British amateur detective Miss Marple, Paris Commissioner Maigret, Catholic priest-cum-detective Father Brown, plus Belgian detective Hercule Poirot, have all confirmed their participation in the activities.

The Sherlock Holmes birthday celebration will commence at 12.00 p.m. on the steps of the National Art Museum (K.Valdemara 10a) in Riga.

The location was chosen because several episodes of the first Soviet television series, The Adventures of Sherlock Holmes and Dr. Watson, were filmed there.

Directed by Igor Maslennikov, five films split into eleven episodes were made between 1979 and 1986. Vasily Livanov starred in the role of Sherlock Holmes and Vitaly Solomin as Dr. Watson.

Unlike some of its Western counterparts, the series closely followed its literary source.

In addition to the “crime solving” games, the day will feature a number of other activities which include a procession of Sherlock Holmes characters through Riga, a guided tour of where the Maslennikov series was shot, as well as their screening in the evening.

Those wishing to participate in the procession can register by calling +371 264 681 31 or e-mailing snezanna1@gmail.com.

Festival participants can download the free mobile KNOQ application at www.knoq.me and register online to participate in quests at www.questime.lv

Further detailed information and the programme of the January 9 Sherlock Holmes celebration can be found at holmes.lv.