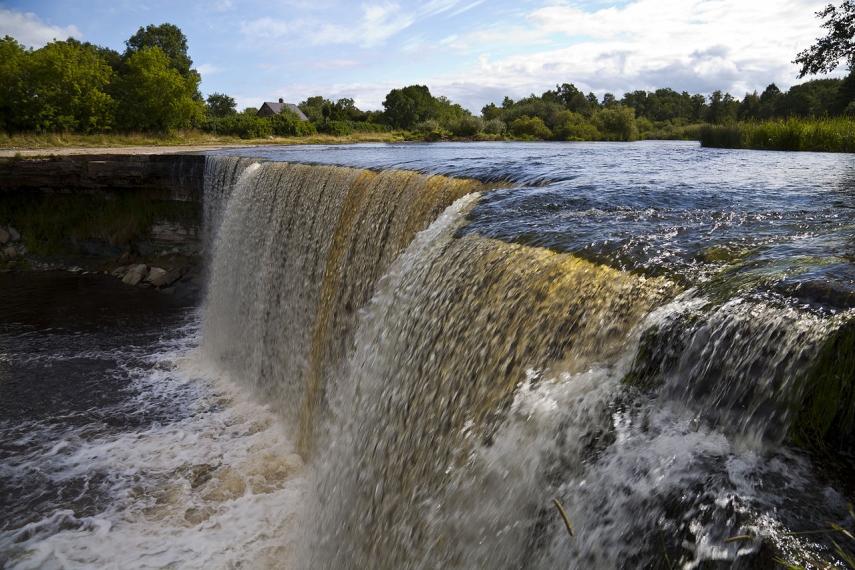 TALLINN – Production of electric energy on Jagala River can not be continued as it is necessary to restore a river with cataracts either next to or in the place of the existing reservoir to ensure access for fish to spawning grounds upstream, Marku Lamp, deputy secretary general of the Ministry of Environment, says.

"Existing environmental studies show that a fish ladder alone is not enough -- a natural looking river with cataracts suitable for salmon spawning should be restored either next to or in the place of the present reservoir," the official said. He said that a natural looking river with cataracts that serves as a spawning ground for salmonidae, featuring diverse and viable biota and providing for a natural throughput of water will be of significantly higher recreational, tourism and fishery value in the future, requiring no additional investments or direct interference by humans.

Berit-Helena Lamp, spokesperson for the Ministry of Environment, told BNS that preservation of the dam is not an option from the environmental point of view and even though no final decision has been made, electricity production or even preserving the dam is not possible with present-day technology.

"The permit for special use of water issued for the damming of watercourse and production of electricity is valid until the end of 2017. Ensuring the passage of fish at dams on rivers with a salmon population is a duty of the operators of hydroelectric power plants and owners of dams arising from law and the production of electricity can not continue in the present manner and with the currently used technology," Lamp said.

Eesti Energia, owner of the Linnamae plant, announced on Tuesday morning that it was putting the plant up for sale with a starting price of 650,000 euros because it was unclear whether it will be possible for the compny to go on producing electric energy there in the future.

Situated on Jagala River in North Estonia, the Linnamae plant is the biggest hydroelectric power plant and the second most powerful hydroelectric power plant in Estonia, Eesti Energia has said. The plant has a capacity of 1.15 megawatts and in recent years it has been producing approximately 5,000 megawatt-hours of electricity per year, enough to meet the demand of 2,000 average households. In 2016, the plant's output accounted for approximately 1 percent of Eesti Energia's total renewable energy output.

Eesti Energia has been engaged in a dispute over the production of electricity at Jagala with the Environmental Board for many years. Under a regulation signed by the minister of environment, Jagala River is listed as a body of water protected as a habitat of salmonidae. Under the Water Act, the passage of fish must be guaranteed both up- as well as downstream on a dam constructed on a water body, or on a stretch thereof, approved as a spawning area and habitat of salmon, brown trout, salmon trout or grayling.

Construction of the Linnamae hydro plant started in 1922 and the plant went into operation in 1924. The building of the plant was destroyed during World War II but the dam was left intact.

Eesti Energia reconstructed the plant in 2002 and generating of electricity resumed the same year.