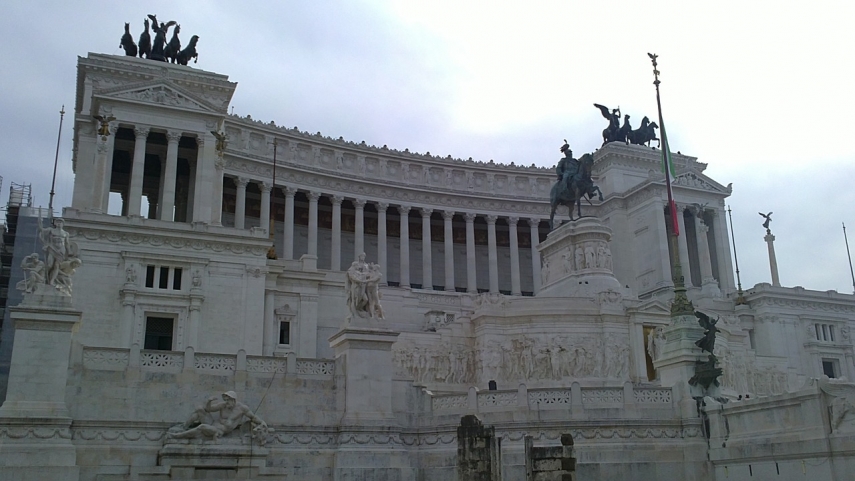 RIGA - The results of the parliamentary elections in Italy is a blow to the European Union and a negative signal to the Baltics, European Parliament Member Artis Pabriks (Unity) believes.

Pabriks told LETA through his spokeswoman Inga Taurina that the elections in Italy show that euro-skeptics and populists continue to gain support in Europe, as the previous governments have not been able to offer the public acceptable solution to the various problems facing the country.

''The differing views on the EU's role in solving Italy's domestic problems will most likely weaken the EU. It is also not known what will be Italy's position on economic sanctions against Russia, which certainly is a negative signal to the Baltics,'' he said.

He said that the election results in Italy show the internal divide in the country, and that he did not rule out a deepening of friction between the country's south and north, which could negatively impact the EU as a whole, taking into account that Italy is one of the EU's leading economies. ''The moment Italy take an opposition role within the EU, the idea of a common community will become under threat. It is already clear that talks on the next EU budget will be very difficult,'' Pabriks added.

The AFP news agency reports that rival populist leaders fought Tuesday for the right to govern Italy after their surge in a general election left the country in political limbo.

The anti-immigrant League party and the anti-establishment Five Star Movement (M5S) each claimed Sunday's vote gave them a mandate to lead the nation of 60 million.

League leader Matteo Salvini said that he had "the right and the duty" to form a government after its surprise success at the heart of a right-wing coalition.

But M5S, which won the biggest share of the vote of any single party, claimed it was the winner. Its leader Luigi Di Maio said it had a "responsibility" to form a government.

With most ballots counted, the League was leading the dominant right-wing coalition, which won roughly 37 percent of the vote overall.

The League by itself was closing in on 18 percent, ahead of former prime minister Silvio Berlusconi's Forza Italia (Go Italy) party, which collapsed to 14 percent.

Salvini's party surged in the polls after promising to shut down Roma camps, deport hundreds of thousands of migrants and tackle the what it called "danger" of Islam.

However much depends on M5S, which has drawn support from Italians fed up with traditional parties and a lack of economic opportunity, the AFP writes..

It won 32 percent of the vote.

The M5S had previously refused to align itself with other parties, which it considered part of a "corrupt" system.