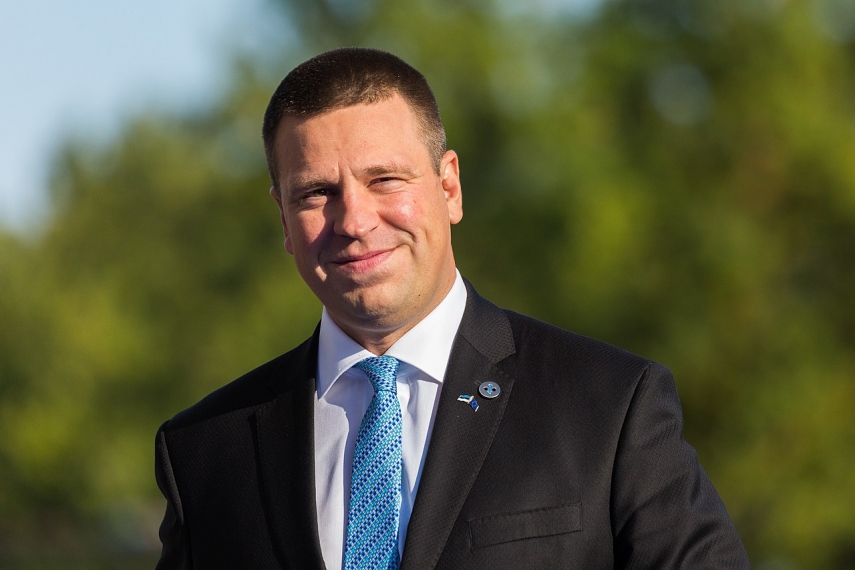 TALLINN – Estonian Prime Minister Juri Ratas on Wednesday paid a visit to Latvia where he and his Latvian counterpart Krisjanis Karins discussed large joint regional projects like Rail Baltic as well as the joint interests of Estonia and Latvia in the European Union and NATO.

"Estonia and Latvia are involved in close defense cooperation. For example, the launch of the NATO Multinational Division Headquarters North in Adazi is a very important step for our region. For Estonia, Latvia is an important strategic partner acting together with whom helps strengthen our security even further," Ratas was quoted by government spokespeople as saying.

Karins and Ratas also discussed the EU's future strategy the discussions of which began at an informal council meeting in Romania. "Advance voting in European Parliament elections in Estonia begins already tomorrow. A future challenge of the European Union will be improving the welfare of all citizens as we will be faced with important strategic choices after the elections. Small countries with an open economy, like Estonia and Latvia, consider important deepening the internal market, which would ensure equal opportunities, as well as good regional connections, a single foreign policy and Eastern Partnership, which is very important for our region," the prime minister said.

When discussing economic cooperation, the government leaders touched upon the cross-border cooperation of the two states as well as regional large-scale projects. "Latvia and Estonia are close countries with a very close economic cooperation, we are important export partners and target countries for investment for one another," Ratas said at the meeting. "We are currently dealing with large-scale projects important for the entire Nordic and Baltic region, like Rail Baltic, the desynchronization of power grids from Russia and opening the energy market. All these can proceed at a good pace only if we act in unison and keep pace with each other," he added.

After the meeting, Ratas will visit the NATO Strategic Communications Center of Excellence (NATO StratCom COE) in Riga, where he is to meet with Col. Peeter Tali, deputy director of NATO StratCom COE, who will introduce the center's work in fighting disinformation and the influencing of elections.