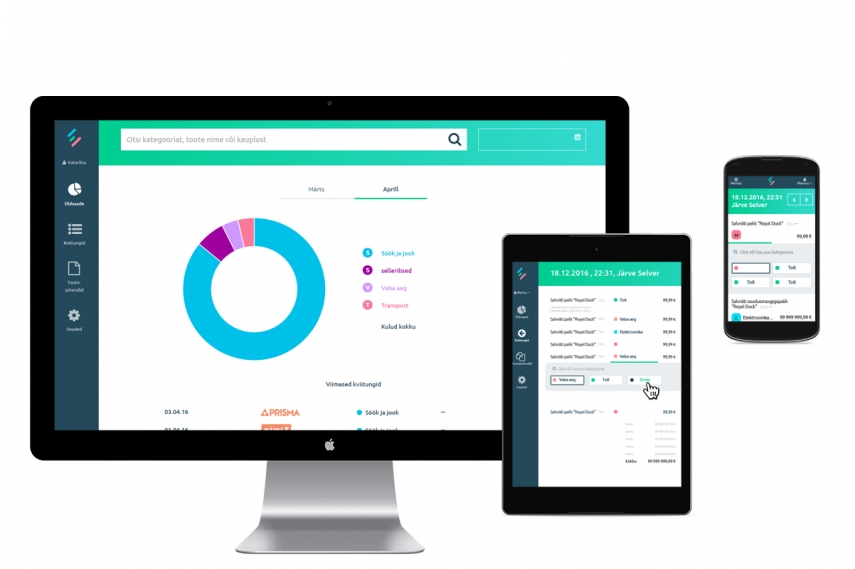 The e-receipt project led by Estonian international postal and logistics company Omniva has been named as one of the finalists, and Ruban d’Honneur recipients, in the 2016/17 European Business Awards.

Omniva’s e-receipt project made them one of only 110 finalists announced after over 33,000 businesses were engaged in the competition. The finalists were chosen by a panel of independent judges because they displayed the core values of innovation, ethics, and success.

The company will now undertake an in-depth face-to-face interview and will find out if it is a winner out of 10 finalists in the innovation category at a Gala Final on May 4 in Dubrovnik.

Sander Aasna, head of Omniva’s information logistics business, said that reaching the final stage of the competition will definitely have a positive effect on the project. “The e-receipt service strives for easier accounting and eco-friendlier future. It’s good to see that our cause is also acknowledged on a bigger scale.”

Adrian Tripp, CEO of the European Business Awards said: “To survive in this economic climate is hard enough, so to innovate, prosper and grow as this year’s Ruban D’Honneur recipients have is truly remarkable. Europe needs more companies like these. Well done to them all.”

The e-receipt project is also taking part in ‘The Public Vote’, where the public chooses ‘National Public Champions’ for each country.  To vote for them go to EBA website and cast your vote by e-mail. The company with the most votes in each country wins and will be announced on 6 March.

The European Business Awards was set up to support the development of a stronger and more successful business community throughout Europe.

The e-receipt project is performed by the international consortium consisting of Omniva, Telia Eesti, Trinidad Consulting, ICT Demo Center and Helesinine from Estonia and Authentic from Norvay. The project is funded by  Estonian-Norwegian cooperation program Green ICT.