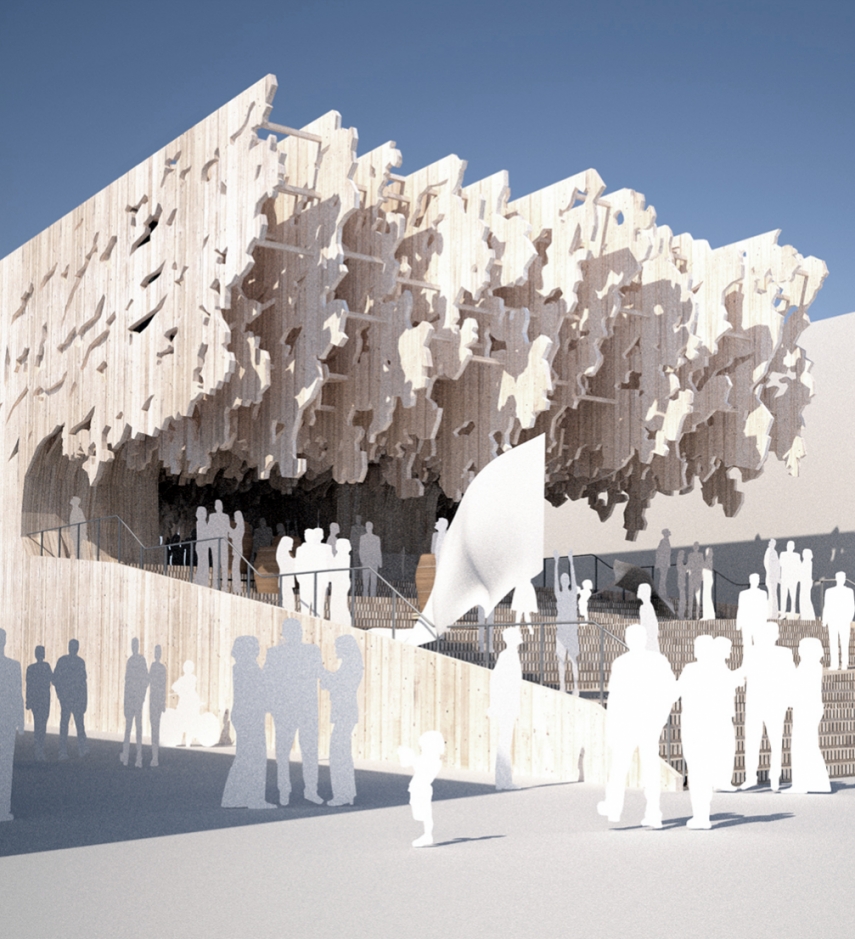 A model of Latvia's proposed pavilion for Expo 2015 in Milan [Image: fold.lv]

As uncertainty continues over Latvia's participation in the Expo 2015 exhibition to be held in Milan, Netherlands-based company Gestalt Communications has offered the country the option to cancel the construction of its pavilion, replacing it with a park, which would be a symbol of Latvia as being a country rich in forests, the Latvian newspaper Diena reports.

The company has offered to implement this idea for 1.08 million euros. The park would feature 50 trees, 100 bushes of various kinds and other types of plants. According to Diena, the park would have a wooden footbridge with screens on both sides, which would display an interactive exhibition.

The board of Gestalt Communications have also worked on other countries' Expo pavilions in previous years.

Last week, Latvia's Economics Minister Dana Reizniece-Ozola called for the cancellation of Latvia's participation in the event, citing excessive costs. This outraged the project leaders Elina Vikmane and Girts Majors, who described her behaviour as "disgusting", and pointed out that tens of thousands of euros had already been spent on specially-commissioned music and film for the project, as well as social media campaigns.

Prime Minister Laimdota Straujuma also told Reizniece-Ozola that, as the leader of the presiding country of the Council of the European Union, she would find it unpleasant should Italy object to Latvia's withdrawal from the event.

Reizniece-Ozola continues to object to the idea, saying that Latvia's participation in World Expo 2015 will cost far too much - 7.3 million euros in total. Furthermore, the minister said that the preparation period has been too short and tense for successful implementation of the project.

A final decision will on this issue will be made by the government tomorrow (27 Jan).