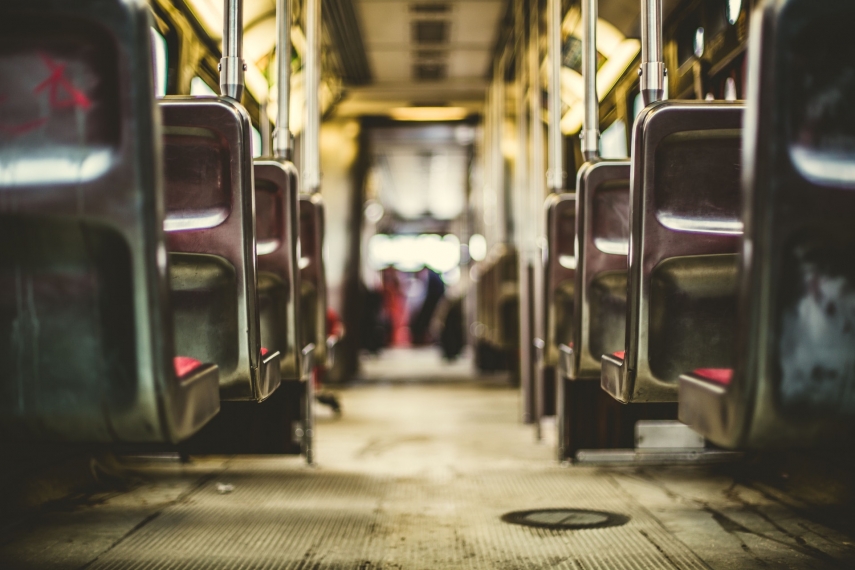 TALLINN – Self-driving buses, which in the framework of a pilot project carried passengers between Viru Square and the Tallinn Creative Hub (Kultuurikatel) six days per week until Aug. 26, carried around 5,500 people and traveled 1,300 kilometers in a month.

"Driverless technology is not a futuristic dream anymore and I believe that the people who rode in the bus had an exciting experience seeing a vehicle without a steering wheel and pedals," Marten Kaevats, digital innovation adviser at the strategy department of the Estonian Government Office, said in a press release. "Of course, this technology is still new, but the difference with many other developing technologies is the fact that artificial intelligence that is based on machine and intensive learning is able to learn very fast. Every kilometer driven in Tallinn made the bus more skilful, safer and faster," he added.

According to Gert D. Hankewitz, head of export at Milrem, the company that operated the buses while they were in Tallinn, passengers were very interested in the technology.

A project manager at the bus manufacturer Easymile, Karim Benizeri, said that the company was happy with the pilot project and what was learned in the course of it. "We are also happy with the operators. The bus presenters were proactive, curious and learned quickly to use a vehicle that was totally new to them. Estonia seems to be a good place to test our technology also in the future," he added.

Although the pilot project has ended, the driverless buses will soon return to Estonia's streets. Next summer the buses can likely be seen on the streets of Parnu, and the Tallinn University of Technology is also developing a driverless technology.

The pilot project which lasted for a month cost approximately 100,000 euros, two thirds of which was covered by the private sector. The buses were brought from France by the logistics company DSV, while the defense industry company Milren operated the buses. Milren also trained the presenters of the buses and ensured the technical maintenance of the vehicles. Guardtime provided cyber security for the project. Other financers of the project were Tallink, Guardtime and Microsoft Eesti, while preparations for allowing the buses on the street were made in cooperation with the Road Administration and the Ministry of Economic Affairs and Communications, and the transport department of the city of Tallinn prepared the route for the buses.