Driverless buses to be tested in Jelgava and Aizkraukle in 2019 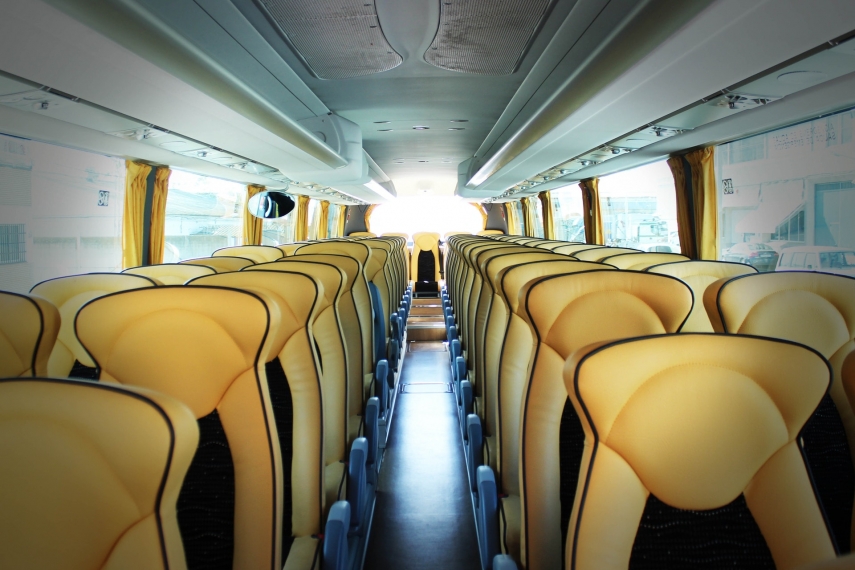 JELGAVA - Zemgale Planning Region has launched a new project to popularize autonomous vehicles and introduce solutions so such vehicles could be used in public transport, and driverless buses will be tested in Jelgava and Aizkraukle in 2019 as part of the project, Zemgale Planning Region's public relations officer Aigars Ievins told LETA.

The Sohjoa Baltic project will be a major step toward popularization of autonomous vehicles and practical tests to start using autonomous driverless electric buses in public transport.

Taking into consideration that autonomous vehicles is a novelty for the entire Europe, and that currently such vehicles are used only in closed-off areas, such as airports or large production facilities, much of the project will focus on solving legal matters and synchronization with other European Union member countries. In most countries in Europe at the moment, not all opportunities offered by driverless vehicles are used, and a human driver has to be present in such vehicles to take over when necessary. Complex changes will have to be made to a number of laws and regulations to lay down responsibilities and traffic organization rules. In Latvia, too, there will be a human driver in each bus during the initial tests, said Ievins.

Test drives of driverless vehicles will be taking place in Jelgava and Aizkraukle for several weeks in the spring and summer of 2019. The emphasis will be on the first/last mile connectivity - transport of passengers, for instance, from the rail station to the downtown. Autonomous buses will drive along their routes, scanning the surroundings and knowing when to slow down or stop completely, if there are obstacles in the way.

The Sohjoa Baltic project's total budget is EUR 3.8 million, of which EUR 2.8 million has been provided by Interreg - Baltic Sea Region program. Sohjoa Baltic consortium has partners from Finland, Estonia, Sweden, Latvia, Germany, Poland, Norway and Denmark with area and public transportation planning expertise as well as legal expertise combined with strong technical understanding which are the requirements for enabling autonomous traffic.