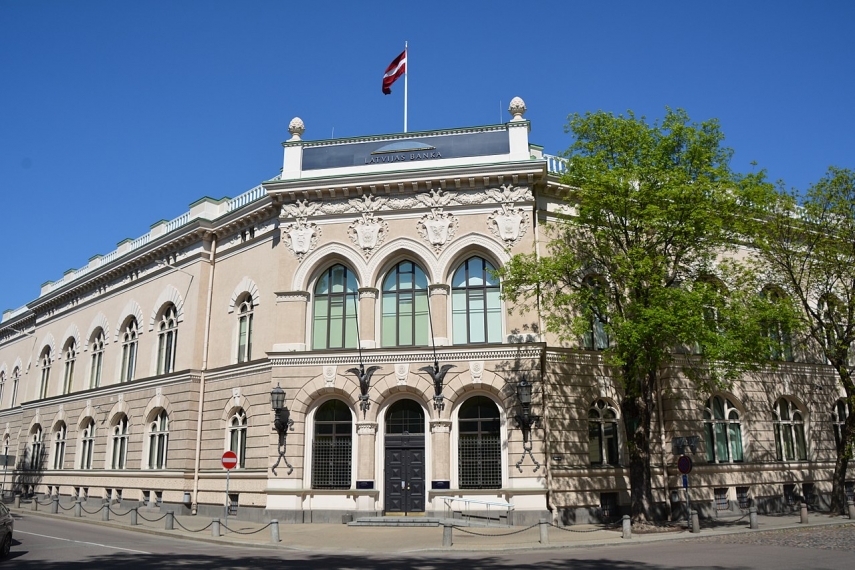 RIGA - In 2018, economic growth in Latvia exceeded the initial estimates. Growth was supported both by expanding investment activity and one-off developments; meanwhile, some risks did not materialize to a full extent.

Although investment activity is clearly evident in the two-digit surge in construction last year, the economic growth can be viewed as balanced since a wide range of sectors developed successfully, Bank of Latvia economic expert Daina Paula points out.

The pace of the economic growth was similar to that observed in 2017: the seasonally and calendar adjusted quarterly data of the Central Statistical Bureau show an overall annual increase of five percent.

''With exports moderating, the role of growth driver increasingly shifted to domestic demand in 2018; nevertheless, the largest contribution was provided by the investment activity rather than a rise in private consumption, and this is a positive sign from the point of view of future growth. At the same time, growth had several short-term supporters that will not be present this year, e.g. the events dedicated to Latvia's centenary, including the Nationwide Song and Dance Celebration that was celebrated on a much larger scale on this occasion. The above factors were beneficial for such sectors as accommodation and food service activities, and retail trade development. The wholesale trade, however, was negatively affected by weaker exports on account of slower growth in Latvia's major trade partners, as well as the weather conditions unfavourable for agriculture and a decline in harvests,'' she emphasized.

''In 2018, the performance of the information and communication services sector was particularly successful and stable, and its exports helped to offset the weaker results demonstrated by financial services exports. The transportation sector partly benefited from repairs at ports in Russia: that implied freight re-routing via Latvia using its infrastructure. The successful development of passenger transportation by air should also be noted which most probably was the result of the return on investment of previous years. With the transactions with foreign customers contracting, the internal restructuring continued in the financial sector; nevertheless, the sectoral downturn was considerably slower in comparison with 2017,'' the economic export points out.

''Several of the above short-term economic growth drivers, observed in 2018, will be no longer present this year. Moreover, the external economic environment has deteriorated: uncertainty has increased, e.g. in relation to the eventual Brexit scenario, as well as the global trade policy. The current stage of the global business cycle also points to a slight growth slowdown. Consequently, Latvia's economic growth will continue on an upward trend in 2019, yet at a slower pace. The domestic capacity alone is not enough for a small and open economy to gain momentum,'' Paula went on to say.

''The newly announced and the launched private and public sector investment projects point to a further significant amount of investments and their contribution to construction growth this year as well. Nevertheless, the growth observed in 2018 cannot be sustained in the longer term and the role of private consumption as a growth driver is likely to strengthen. An accelerated rise in the average wages and salaries along with a strong increase in employment supported a stable private consumption growth already last year. At the same time, moderate inflation provided for a rise in real income, thus both improving purchasing power and enabling households to increase savings. With subdued lending persisting, the savings are likely to contribute to a more rapid rise in private consumption in comparison with the overall economic growth in 2019. However, we should not be expecting any excessive developments here either. Already in 2018, signs of a deterioration in sentiment indicators were seen in the euro area overall. In the first months of 2019, market participants surveyed in Latvia have also joined the overall sentiment trend, with consumers and retailers being the most pessimistic,'' she added.