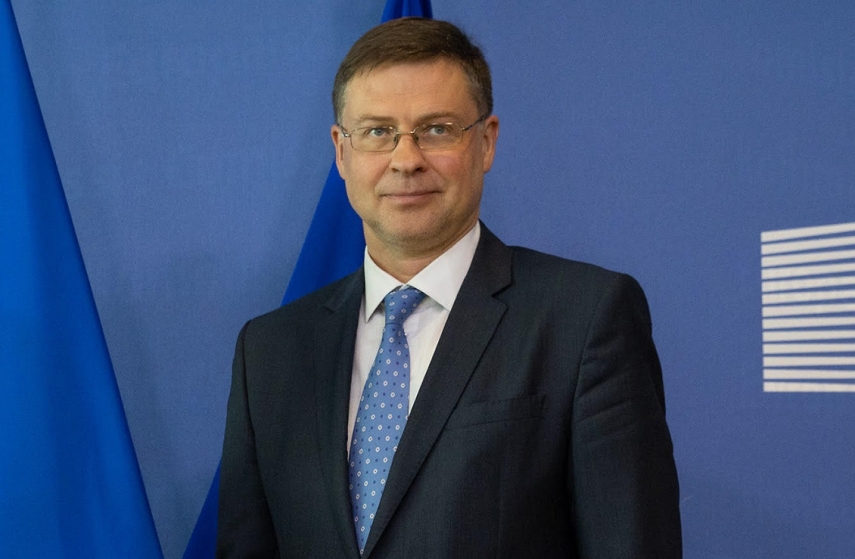 RIGA - Valdis Dombrovskis (New Unity), vice-president of Jean-Claude Juncker's European Commission, will be the executive vice-president and the commissioner for financial services and economy on Ursula von der Leyen's Commission.

Dombrovskis will coordinate the work on an Economy that Works for People and be the commissioner for financial services, supported by the Directorate-General for Financial Stability, Financial Services and Capital Markets Union.

Von der Leyen said: "We have a unique social market economy. It is the source of our prosperity and social fairness. This is all the more important when we face a twin transition: climate and digital. Valdis Dombrovskis will lead our work to bring together the social and the market in our economy."

Dombrovskis told LETA that he was pleased with von der Leyen's offer to take the post of the executive vice-president in her team to coordinate work on the economy and be responsible for financial services.

"This means that I will be able to complete the ongoing work on strengthening the European economy against possible shocks, especially in the context of international trade conflicts and the economic slowdown," the politician explained, adding that he would also be responsible for supervision of the EU member countries' fiscal and macroeconomic policies.

Dombrovskis will also continue his work on the financial market, working on the further development of the Banking Union and the Capital Markets Union. Ensuring financial stability is also important given Great Britain's pending exit from the EU and the fact that London is at the moment the EU's most important financial center.

Addressing the climate crisis and moving toward a climate-neutral economy will be one of the EU's top priorities. In this context, work on sustainable or green finances will be important, providing private capital for sustainable economic transformation, Dombrovskis stressed.

"In turn, being responsible for a sustainable investment policy will allow me to participate in deciding the necessary investments in Europe to promote innovation and job creation," added Dombrovskis.

All these matters are important for both Europe and Latvia, as it is also important for Latvia to ensure stable economic growth, reduce income inequality and increase prosperity, said Dombrovskis.

Von der Leyen's Commission is yet to be approved by the European Council. All the candidates for commissioners will address the European Parliament at the end of September and beginning of October.