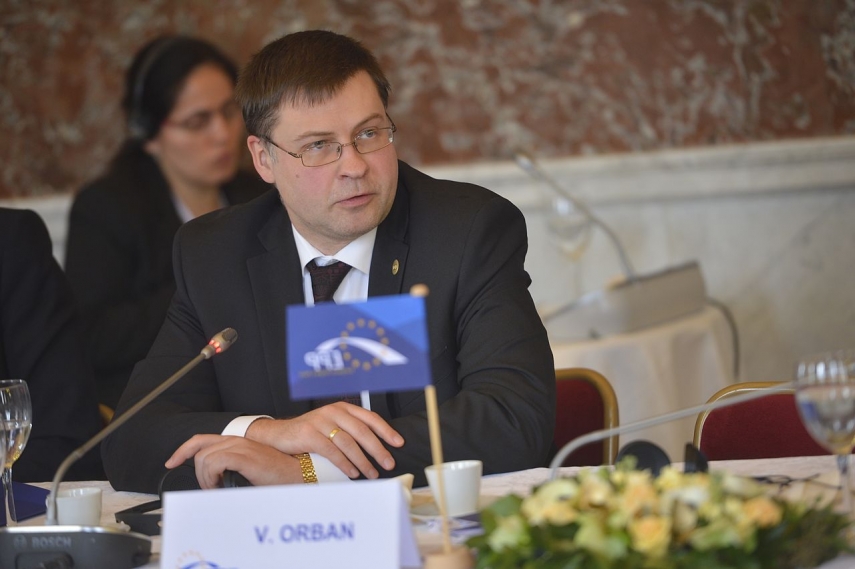 LONDON - The European Union is ready to defend threats to "European values" in the face of fast-changing political landscapes on both sides of the Atlantic, former Latvian prime minister and current European Commission vice-president Valdis Dombrovskis said Friday.

"We should be ready to defend longstanding European values when they are threatened or when evidence-based policy is assaulted by alternative facts," he said in a speech at a London event hosted by Bloomberg.

Kellyanne Conway, an aide to Donald Trump, used the term "alternative facts" to defend White House press secretary Sean Spicer's claim that the US president's inauguration drew "the largest audience to ever witness an inauguration -- period -- both in person and around the globe".

Reflecting on Britain's vote to leave the EU and Trump's election win, as Europe faces growing support for populist and anti-immigration political parties, Dombrovskis added: "Last June's referendum result -- which we regret but respect -- means we are now preparing for a new EU-UK relationship. The recent American elections have caused further uncertainty, and shaken many well-established assumptions," he said.

Dombrovskis warned that both could have financial consequences.

"America has every right to change its approach, to redefine its national interest," he said. At the same time, he added that "Europe is entitled to gently suggest international cooperation on financial governance is in everyone's interest".

"What would happen if financial sector rules in New York, Hong Kong, London, Paris, Frankfurt or Singapore were very different?"

He added: "The EU will uphold the reforms introduced to protect financial stability in Europe. And we will be ready to take the necessary measures to protect and strengthen these achievements."

In an interview Thursday with London's free financial newspaper City AM, Dombrovskis argued that a Brexit deal must benefit financial services sectors in both Europe and Britain.