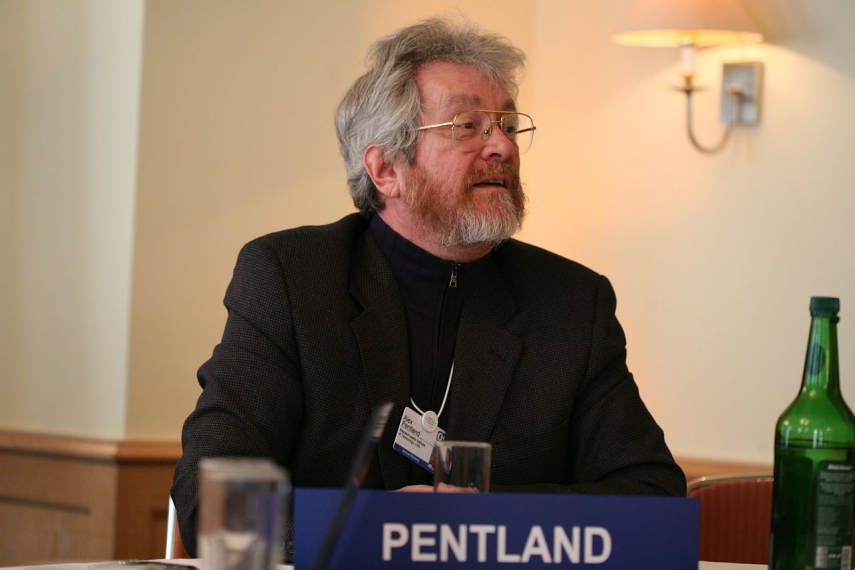 TALLINN - The European and Estonian data economy is ahead of the rest of the world, Alex Pentland, professor at Massachusetts University of Technolgy and one of the most influential data scientists in the world, said at a conference on the digital single market in Tallinn on Monday.

"We must not forget that the free movement of data has its perils as well. Ensuring the privacy of personal data is very important in moving and sharing of large amounts of data," said Pentland. "The value of data will grow exponentially even if we can compare it anonymously. Comparing data is beneficial for example for the better planning of public transport, the detection of infectious disease epidemics, and much more, helping countries better manage their processes and predict potential problems."

The conference will focus on the free movement of data, one of the most important digital themes. The free movement of data means that in the future EU member states will share information between one another across borders, which will make the lives of ordinary citizens easier and open doors for entrepreneurs.

Pentland, one of the key speakers of the conference, is considered to be one of the most influential visionary researchers in the field of the data economy.

The panelists of the conference, including Yves-Alexandre de Montjoye from the Imperial College London and Wojciech Wiewiorowski, deputy director of the European Data Protection Supervisor, will address the bottlenecks of the EU data economy and reveal ideas for further EU plans for data sharing. Antoine Aubert, a representative of the well-known sharing economy enterprise Uber, will speak about his experience in how sharing their data with other companies has helped Uber grow into a global service provider.

A press conference of the Digital Single Market Conference to be held on Tuesday together with the press event for the informal meeting  of competitiveness and telecommunications ministers will be attended by Andrus Ansip, vice-president of the European Commission; Kadri Simson, Estonia's minister for economic affairs and infrastructure; Urve Palo, minister for entrepreneurship and information technology; and Siim Sikkut, deputy secretary general for communications and state information systems at the Estonian Ministry of Economic Affairs and Communications.