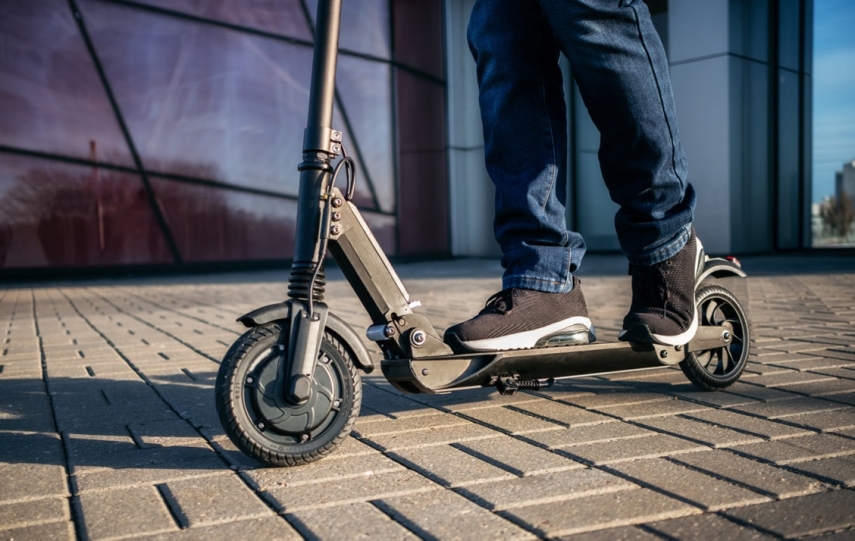 RIGA - Due to the rapid increase in electric scooters on Latvia’s streets, the Latvian Road Traffic Safety Directorate (CSDD), in cooperation with the Ministry of Transport, will introduce new regulations for scooters by next summer, LETA informs.

‘’Recently, more such electric transportation devices, including scooters, have been observed on Latvia’s streets. These have become popular modes of transportation. To ensure the safety of those using these devices and their safe inclusion in traffic, the CSDD, in cooperation with the Ministry of Transport, is currently working on regulations for the inclusion of electric scooters in traffic, requirements and principles which must be observed when in use,’’ CSDD spokesman Janis Aizpors points out. He also said that the CSDD is looking into similar regulations which have been introduced in Germany, France and other countries.

At the moment it is being planned that persons from the age of 14 will be permitted to use such vehicles in traffic –which is the same age restriction as in many other European countries. Furthermore, the minimal requirement will be a bicycle license, but that this would not pertain to those drivers who have already obtained a driver’s license and are over the age of 18.

According to the draft regulations, the maximum speed of electric scooters cannot be more than 20km per hour. They will be permitted for use on cycling infrastructure. Meanwhile, in places where there is no such infrastructure, the scooters will be permitted to use the sidewalk, but at a maximum speed of 6km per hour. It will be illegal to transport passengers on electric scooters.

Just like with mopeds and bicycles, it will also be forbidden for persons above the legal alcohol limit to operate electric scooters.

All of these ideas will be put up for public assessment and discussion. According to the CSDD, if all goes to plan these new regulations could be in place by next summer.