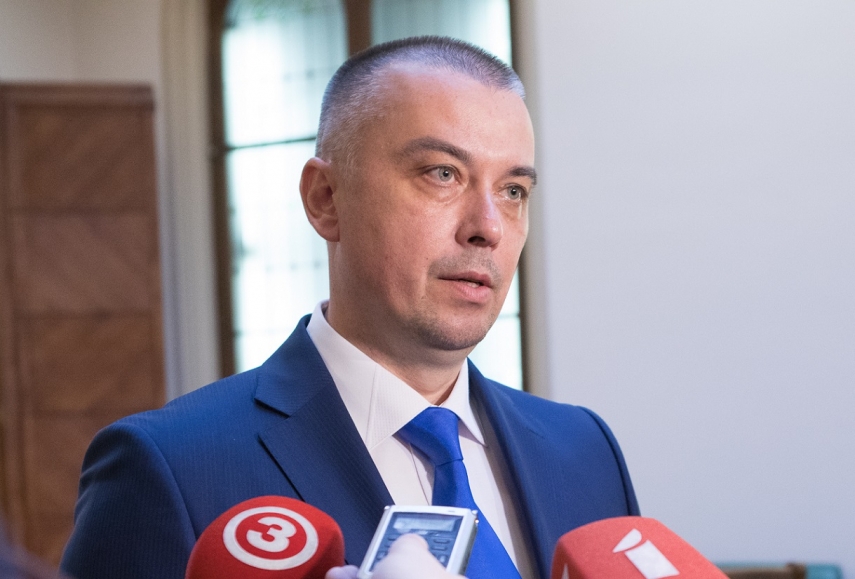 RIGA - The criminal process started by the Corruption Prevention Bureau (KNAB) on the cartel in the construction sector is related with the largest public sector tenders of the past years, said KNAB chief Jekabs Straume in an interview with commercial LNT television today.

Straume said that during investigation performed by KNAB and the infringement procedure launched by the Competition Council, both institutions will estimate loss to the public sector caused by the illegal cartel agreements.

"Can we tell what the procurement price would be as a result of fair competition? I don't think so. These will be just guesses," he said.

Straume said that at present in the criminal case there are persons against whom a criminal process has been launched but the status of the suspect has not been assigned to anyone yet. Straume also confirmed that ex-president Raimonds Vejonis has the status of a witness in the case.

Straume refused to name any deadlines or terms for investigation. "There is much work needed in the case. You should also understand that this is not the only case investigated by KNAB. We are setting priorities and working in line with investigation plans," he said.

As reported, the Corruption Prevention Bureau (KNAB) on September 19, 2018, started a criminal procedure on large-scale graft, abuse of authorities. The Competition Council, meanwhile, is investigating an alleged breach of the Competition Law - illegal cartel agreement.

The facts collected by KNAB suggest of possible large scale bribery, possible agreement of procurement bidders on prices, bribery of state officials in order to ensure business interests in issues unrelated to procurements.

The crimes have been committed in a time period between early 2015 and mid-2018. The possible sums of bribes range from EUR 25,000 to several hundreds of thousands of euros.

KNAB has a reason to believe that at least ten largest construction companies have been involved in the crimes.