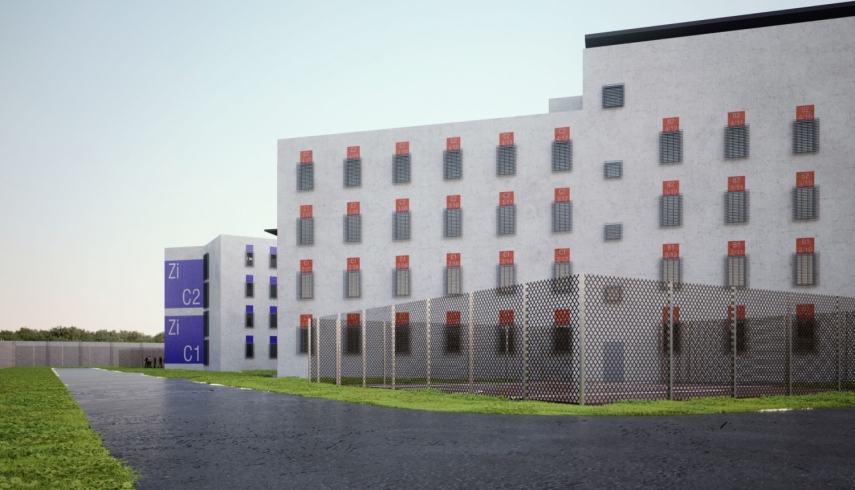 Evija Rimsane, a representative of the Justice Ministry, told LETA that Bordans and Gaikis came to the conclusion that the Liepaja Prison procurement does not require immediate adjustments but that the procurement commission must closely follow the further development of the so-called cartel case, taking into consideration contractors' possible appeals.

The justice minister and the Competition Council head also discussed the need to propose a more extensive discussion on improvements necessary to construction and procurement-related legislation to prevent an emergency of new cartels in the future.

As reported, the illegal construction cartel made agreements on such construction projects as the Riga Castle, the Academic Center of the University of Latvia in Tornakalns, the Corruption Prevention Bureau (KNAB) building, Liepaja jail an others, according to the information published by the Competition Council.

The total of 77 construction projects include several projects in Riga, including several education and culture institutions. There are projects also in other Latvian cities, education institutions, sports centers, hospitals, industrial parks, residential buildings, shopping centers and others.

Based on transcripts of audio recordings handed over by the Corruption Prevention Bureau (KNAB), the Competition Council concluded that representatives of the construction companies in the time period between 2015 and 2018 had 12 meetings, at least three times a year, discussing terms of the distribution of procurements. In all, some 90 procurements were mentioned in the meetings, of which 70 procurements were identified.

The Competition Council has slapped fine worth EUR 16,652,927 on ten participants of the cartel.

The participants of the construction cartel include Skonto Buve, Latvijas Energoceltnieks, Velve, Arcers, Rere Buve, Re & Re, RBSSKALS Buvvadiba, Abora, LNK Industries and Merks. RBSSKALS Buvvadiba has already been liquidated, therefore a fine has not been imposed on the company.