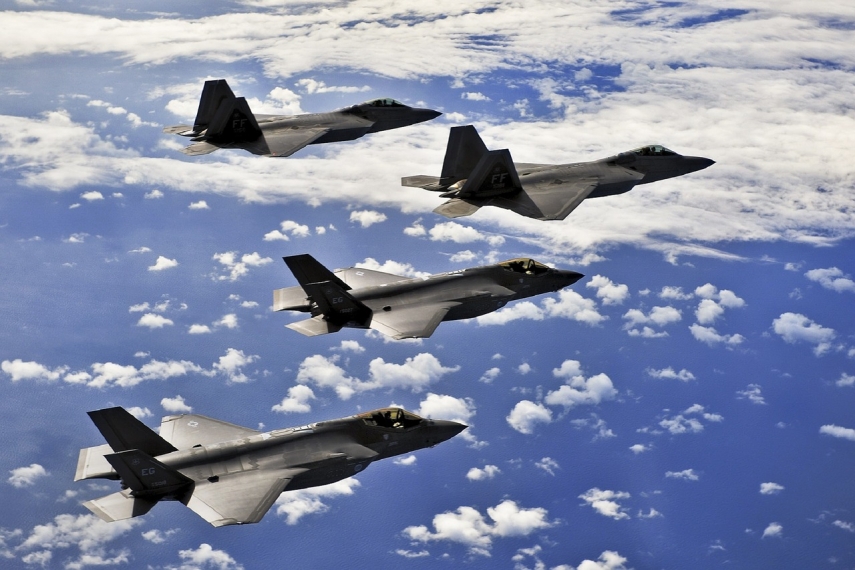 TALLINN - Developing and maintaining a comprehensive air defense system is beyond the means for the Baltic countries acting on their own, a report by the International Center for Defense and Security (ICDS) based in Tallinn says.

The report recommends that the Baltic countries focus on developing command and signals systems and harmonizing their short and medium range air defense systems.

The authors of the report note that in the context of the Baltic region, cooperation between Estonia, Latvia and Lithuania is important, just like cooperation with allies in the framework of NATO. Air defense is important both for ensuring the independent defense capability as well as for protecting the allied troops already deployed here or to be transfered here in the event of a crisis.

One of the authors of the report, director of the ICDS Sven Sakkov, said that the report demonstrates very clearly how complex developing and maintaining a modern air defense system is. Even though Estonia, Latvia and Lithuania have done a lot over the years to fill the gaps, much remains to be done. According to Sakkov, the report clearly says that the implementation of a comprehensive air defense system in the region requires actions on the part of the allies and all of NATO.

The report was commissioned by the Estonian Ministry of Defense with the aim of compiling a comprehensive picture of the existing air defense system and the system necessary in the Baltic region in the future. Its authors are U.K. Air Marshal Christopher Harper, Sven Sakkov, and ICDS Research Fellow Tony Lawrence.

The survey will be presented at the Lennart Meri Conference to take place in Tallinn over the weekend.