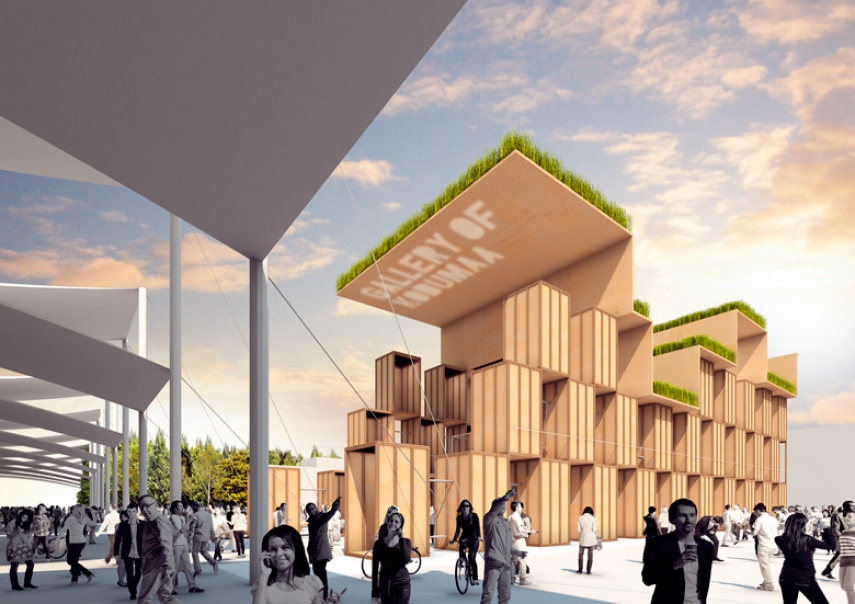 MILAN - Sometimes, no matter how much money you throw at a project, the end result will be dismal and tacky. Such is all too often the case at the annual World Expo, where countries invest heavily in their own national pavilions to improve their reputations internationally. With the Latvian pavilion, it was the worst possible situation this year, where money was thrown at contractors, but somehow Latvia endedup without a pavilion.

The Estonians meanwhile have caught attention at this year’s EXPO Milano for their efficient and sustainable use of technology. Hi-tech stuff, but well within their means.
US TV channel CNN was particularly impressed with Estonia’s pavillion world exhibition EXPO Milano, which that opened last Friday, ranking it among the 24 most impressive pavilions in the world

EXPO Estonian Delegation Head Andres Kase told Estonian Public Broadcasting it is a great recognition for Estonia. “We have one of the lowest budgeted self-built pavilions at the world exhibition. We do not star with glamour and grandeur, we are competing with countries that have invested tens of millions of euros in construction, but, nevertheless, we have already been noticed,” he said.

The keywords of the Estonian pavilion are Northern smartness, pure food and nature, outstanding design, world-class music, led by Arvo Part and special Estonian people.
The Estonian pavilion, “Gallery of_”, is a three-storey gallery consisting of wooden nesting boxes, which is open to visitors via two entrances. Each floor of the multifunctional building has its own exhibition and function. It is possible to swing in the spaces between the wooden boxes.

Visitors are guided by artificial intelligence-guide developed in collaboration with Skype Estonia, which helps the visitor to get information via smartphone. The pavilion contains 34 swings (some of them measure kinetic energy), a self-playing Estonia piano, 200 Click & Grow smart plants and handcrafted luxury bike Renard.

The first floor of the pavilion contains a permanent exhibition introducing Estonia via video installations. One of the main attractions of the exhibition will be exhibition “Good Estonian Things” which opens on the second floor at the Estonian National Day on June 7. The third floor is partially with an open roof, and there lies the Estonian nature exhibition.
The Estonian pavilion will be open until October 31. Altogether 145 states participate at EXPO 2015.