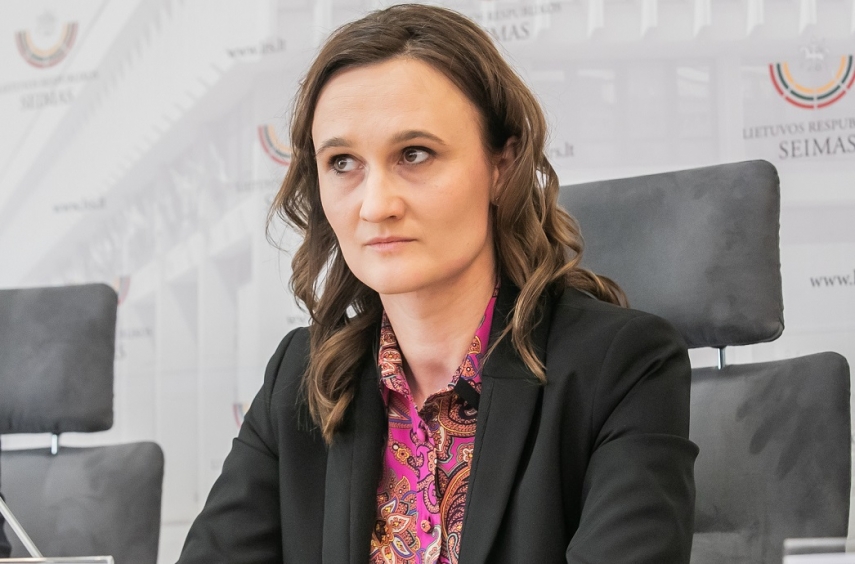 The new leader, elected for a two-year term, says the party will need to work hard in the run-up to the October 2020 general election, but adds that it cannot sacrifice the Liberal principles for short-term popularity.

"We are all well aware that we have no time to tread water and get into empty or fruitless debates. We need clear, decisive and effective action to pass what will likely be the greatest test in the history of our party next autumn," Cmilyte-Nielsen said.

"What is at stake is not only the position of our party, but also liberalism as a political doctrine that, unfortunately, is losing ground in Lithuania," she added.

Cmilyte-Nielsen says she backs an idea raised by MP Eugenijus Gentvilas, her predecessor, that the Liberals should look for possibilities to join forces with the Freedom Party and the conservative Homeland Union–Lithuanian Christian Democrats for the next general election.

"We are open to cooperation," she said.

The Liberal Movement now has ten seats in the Lithuanian Seimas.