China must respect EU as 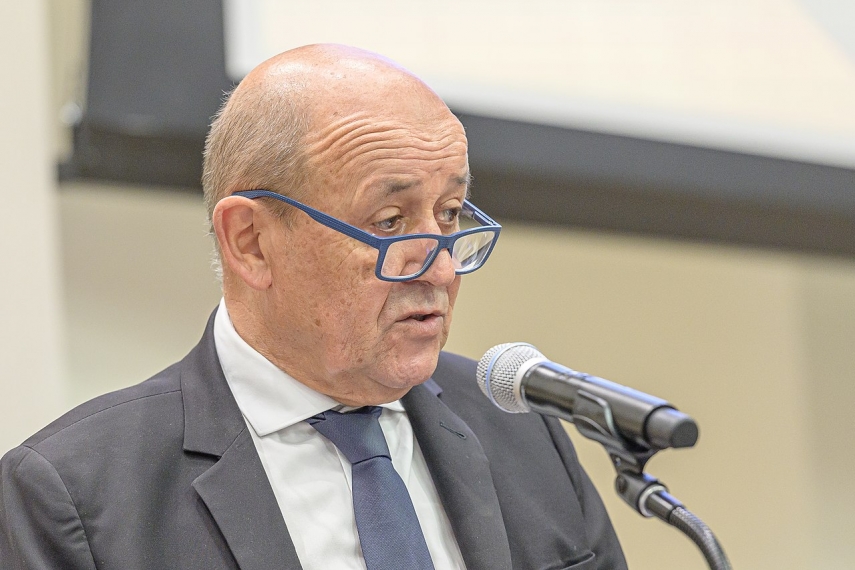 VILNIUS –China must start to respect the European Union as a united force, French Foreign Minister Jean-Yves Le Drian said in Vilnius on Friday amid the EU's ongoing effort to persuade China not to support Russia in the latter's war against Ukraine, and also while Lithuania is under pressure from Beijing over its ties with Taiwan.

"China must learn to respect the EU as a united and strong entity," he told a joint press conference with Lithuanian Foreign Minister Gabriel Landsbergis. "If China does not respect the EU, (...) we have ways in which we can remind China of what we expect."

Earlier on Friday, EU leaders held a meeting with Chinese President Xi Jinping and they warned that any attempt by Beijing to help Russia, which invaded Ukraine in February, would affect economic ties between the EU and China.

According to the French minister, China's economy is already suffering from the changed geopolitical situation in the world, and Beijing is now in a difficult position because it wants to appear as a defender of democratic values, while at the same time being close to Moscow as it is breaking international norms.

Moreover, the recent crises have strengthened the EU and it feels "its power towards both Russia and China", the French top diplomat said.

On his part, Landsbergis said the EU must maintain pressure on China as it is now facing one of the most important choices of the 21st century.

On the other hand, China is clearly afraid of EU sanctions, which is why it wants to give the impression that it does not support Russia, the Lithuanian minister said.

"Russia also tells us all sorts of things, but we don't necessarily have to believe them," Landsbergis said.

He compared Russia's military pressure on Ukraine and China's economic pressure on Lithuania as curbing "the sovereignty of states in a certain sense".

"These are different chapters of the same textbook", the Lithuanian foreign minister said. "The EU has a very clear principle that the sovereignty of states must be defended, whether in Ukraine, Lithuania or elsewhere," he added.

China's anger towards Lithuania was triggered by Vilnius' decision last year to allow Taiwan to open a representative office in Lithuania under Taiwan's name. In response, Beijing restricted relations with Vilnius and blocked Lithuanian exports, leading to the EU decision to turn to the World Trade Organization in late January over China's trade practices.