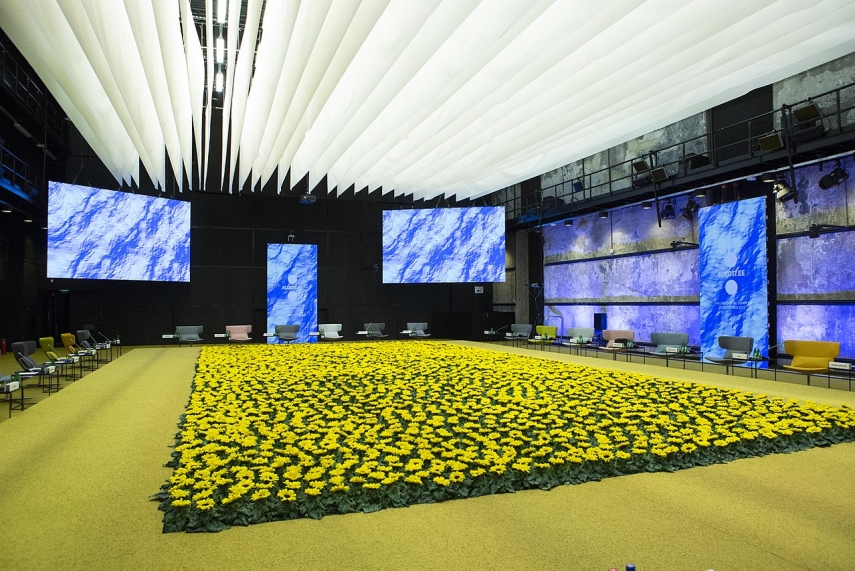 TALLINN - Piret Lillevali, head of the organizing team of Estonia's presidency of the Council of the European Union assessed the EU Digital Summit held in Tallinn on Friday to have been a success.

"It seems that everything went well in terms of organization -- the mood was good, it seemed that the participants enjoyed it," Lillevali, who accompanied the EU leaders to the airport, told BNS over the phone. "Many said that they will definitely come back when stepping onto the plane," Lillevali said.

An anonymous source close to the conference of the leaders also noted the positive and businesslike mood of the summit.

Lillevali said that the biggest and most important meeting of the Estonian EU presidency passed without major mishaps and even the mistakes that emerged were operatively eliminated. Lillevali brought as an example the internet connection, which disappeared for a while before noon when a large number of journalists started work simultaneously.

The organizers also received words of praise concerning the food that was on offer and the fortunate weather in Estonia on that day. "Satisfaction could be deciphered from the social media posts made by a number of government leaders," Lillevali said.

She said that it was also positive that many government leaders held bilateral meetings in Tallinn, the most noteworthy of them being the meeting between German Chancellor Angela Merkel and French President Emmanuel Macron. "Let us hope that the results of those meeting will reach the future with a so-called stamp of Tallinn," Lillevali said.

EU leaders at the Digital Summit in Tallinn on Friday reaffirmed their wish and readiness to move forward with developing a digital Europe.

Altogether 28 leaders from 25 EU member states along with presidents of the European Council, European Commission and European Parliament participated in the meeting, while the government leaders of Spain, Portugal and Cyprus were absent.