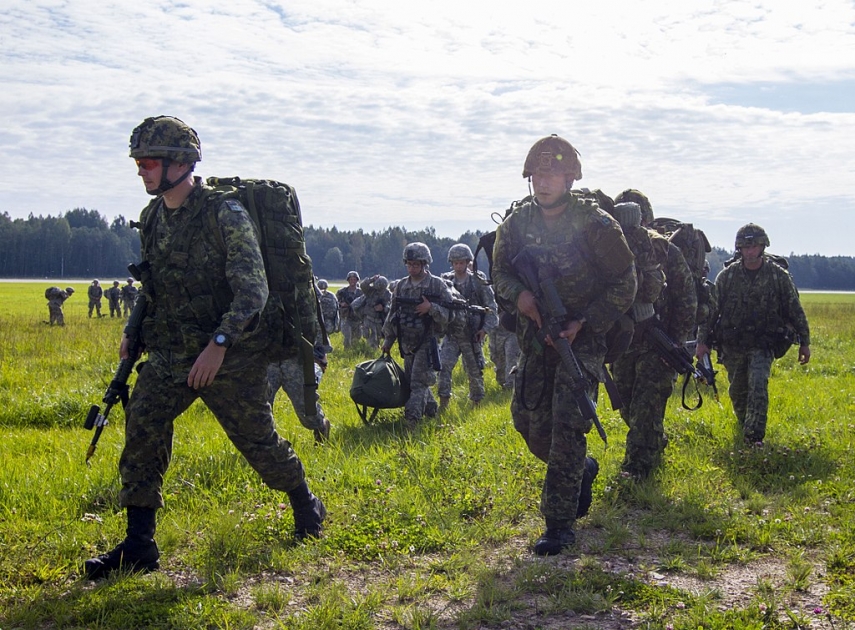 RIGA - Canada has extended its leadership of the NATO battlegroup based in Latvia for another four years, Canadian Prime Minister Justin Trudeau said during a press conference in Riga today.

Canada's mission leadership role faced a self-imposed government deadline of spring 2019, but has now been extended until 2023.

Trudeau said that Canada will not change its stance on the security of the Baltics, which is why it has undertaken the leadership role of the NATO battalion in Latvia.

''We are prepared to continue supporting our allies,'' the Canadian prime minister said.

Meanwhile, Latvian Prime Minister Maris Kucinskis said that this decision by the Canadian side ''is the perfect gift to Latvia on its centenary''.

The battalion, led by Canada, is currently made up of over 1,000 soldiers from Canada, Italy, Poland, Albania, Slovenia, Spain, the Czech Republic and Slovakia, and is one of NATO's strategies to enhance the NATO presence in the region and strengthen the region's security.