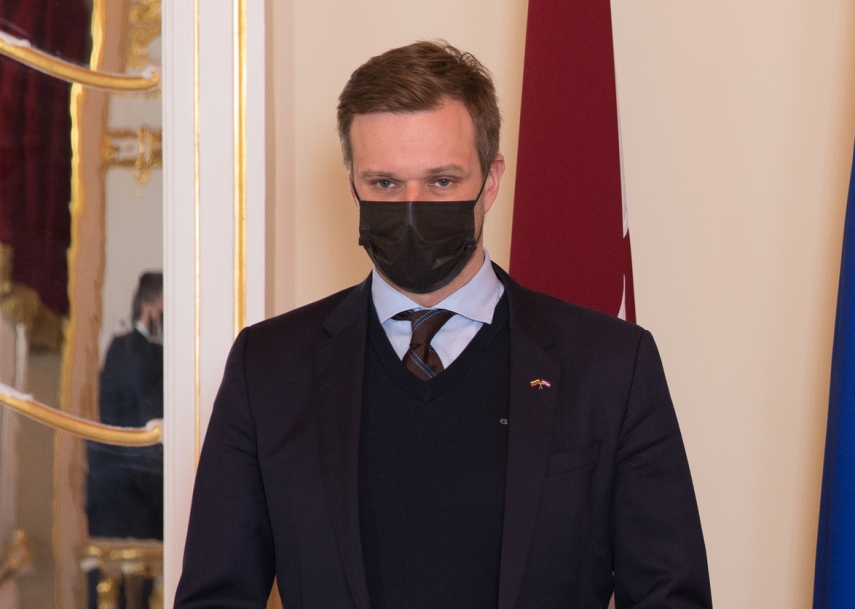 VILNIUS – Companies in neighboring countries have intensions to take over the transit of Belarusian fertilizers but the United States has assured it is talking with these countries about solidarity in stopping the movement of Belarusian freight," Lithuanian Foreign Minister Gabrielius Landsbergis says.

"In this situation, we need to speak about, based on hour knowledge, (neighboring countries') companies having intensions to take it over since there is no sanction regime that would ban them from doing so. Countries do not disclose their positions yet but it seems that in the long-term they will need to respond and state what they thing about it," Lansbergis told the public broadcaster LRT on Sunday.

The foreign minister also said he was assured by the United States that "it is talking to countries and our neighbor that could also look for ways, along Lithuania, to prevent funding sources for the Lukashenko regime".

Several private Latvian freight carriers have confirmed they have received inquiries from Belarusian fertilizer producer Belaruskali regarding the possibility to transport its cargo via Latvia's territory to be handled in Latvia's ports.

Nevertheless, those carriers say Latvia, just like Lithuania, sticks to international sanctions and does not want to violate them.

Their comments come as the Lithuanian government mulls banning Belaruskali transit via the country's territory.

Belaruskali product shipments via Lithuania did not stop after US sanctions against it came into force on December 8, because the Belarusian company had made an advance payment to LTG, sufficient to cover the cost of rail services for several months.

The government announced after the sanctions had already taken effect that it was seeking to terminate the state railway company's contract with Belaruskali, even though it said the US sanctions do not directly apply to the transit of fertilizers through Lithuania.