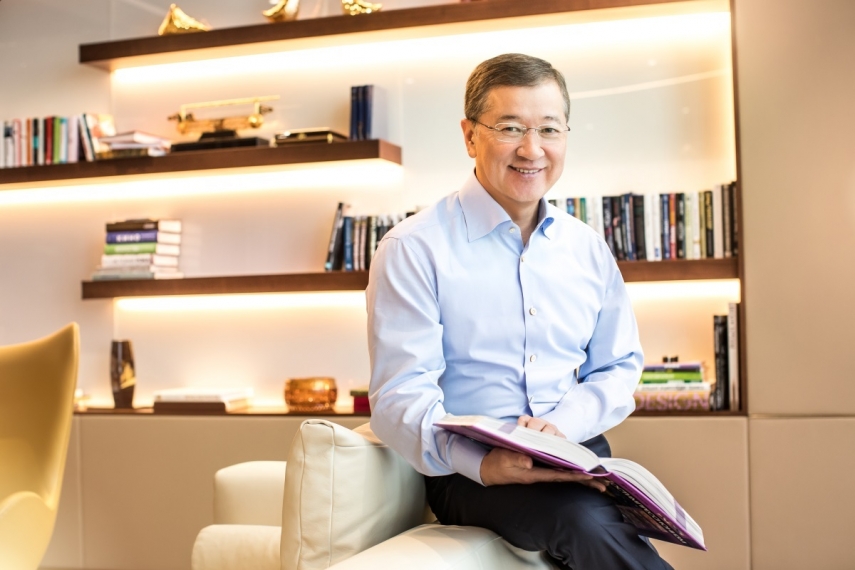 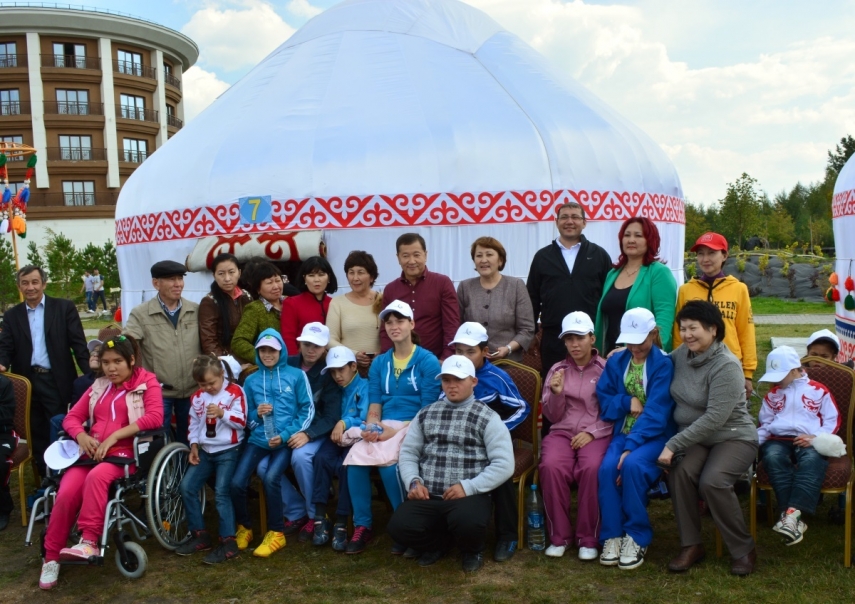 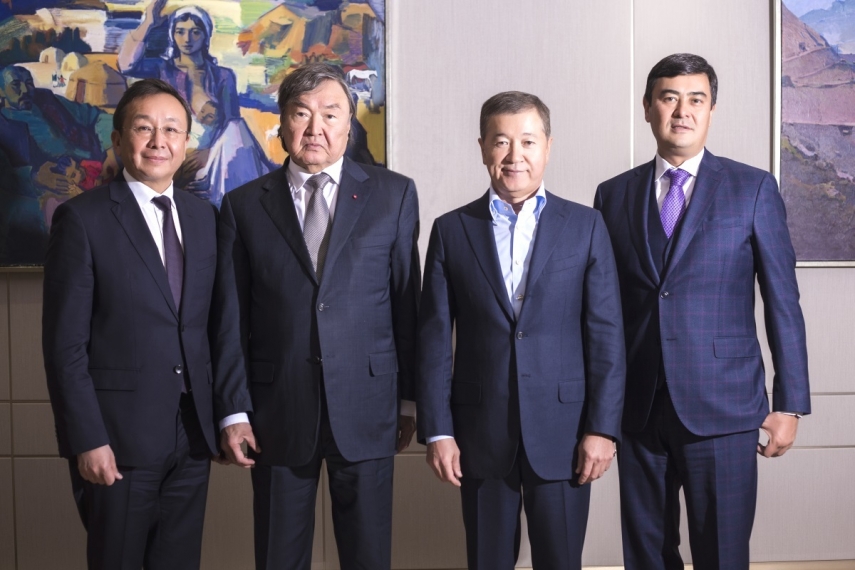 Bulat Utemuratov is known in Kazakhstan not only as a rich man, businessman, former official, diplomat, but also as a philanthropist. Taking an active civil position, in 2014 he founded the Assyl Miras charity foundation. The mission of the new organisation was creation of better conditions for the life and development of new generations of Kazakhstanis. To achieve such an ambitious goal, the Foundation divided its work into four vectors: health, promotion of a healthy lifestyle, education and culture. Support of socially significant projects in these areas is carried out through the development and implementation of integrated programmes.

Bulat Utemuratov’s Foundation positions itself as a reliable partner with transparent processes. Values: trust, openness, care, responsibility, effectiveness. The Foundation actively cooperates with public organisations, healthcare, educational and cultural institutions. It finances projects aimed at system-wide changes, selects and introduces new effective ideas and the best world experience, develops advanced ways of interaction with the society and cooperates with international partners. The budget of the foundation is formed by attracting charitable contributions of individuals and organisations, an audit is conducted annually and a report on the implemented projects is published.

Autism can be defeated

According to the Ministry of Health and Social Development of the Republic of Kazakhstan, in 2018, 3 thousand minor Kazakhstanis were diagnosed with the autism spectrum disorder. Experts emphasise that the figure will grow in the coming years. Bulat Utemuratov‘s Foundation understood the urgency of this problem as early as in 2015, therefore on 2 April, on the World Autism Awareness Day, it presented the debut programme "Autism. The World is One for All" totalling 12.5 million US dollars. Its goal is to improve the quality of life of children with autism. The main tools are early diagnosis, rehabilitation, inclusive education and social integration. But, the most important thing is the opening of specialised centres, where kids receive all the necessary help, and parents - extensive consultations and comprehensive support.

As early as in June 2015, the first in Kazakhstan Autistic Children Centre was opened in Almaty. In October, a similar institution was set up in Astana. In 2016, two new Centres were opened in Kyzylorda and Ust-Kamenogorsk. On 15 April 2018 another centre started its work in Aktobe and just half a month later Assyl Miras was opened in Uralsk. Launch of centres in Shymkent and Pavlodar is planned before the end of this year. Around 4.5 million US dollars have been spent for the implementation of programmes on autism from the beginning of 2015 up to now.

Specialists working with children were trained and use advanced techniques. In addition, each Centre is a base for a research site that creates special educational and social programmes to support children with autism with a view to the further implementation of these programmes at the state level.

The report on the activities of Bulat Utemuratov's foundation for 2017 shows that 3191 children with ASD passed through the Centres for the entire period of work, 70% of the total number had diagnostics run, 64% benefited from the assistance programme. To get more information about autism spectrum disorders, to learn about current research and to consolidate the professional community, Bulat Utemuratov’s foundation organises the annual International Conference "Autism. The world of opportunities. "

The second conference took place on 7-8 November 2017, its theme was the search for innovative methods, approaches and practical tools for diagnosing, researching and correcting the ASD. The forum was attended by world-famous specialists. The main message was the need for early detection of autism spectrum disorders and combining the efforts of researchers and practitioners in working with special children.

A series of learning webinars for parents have started on 2 April 2018. Their goal is to disseminate information on diagnostic tools, behavioral approach, methods of forming basic speech, educational, life and social skills.

Bike ride for the sake of life

The first BURABIKE Charity Bicycle Ride was held by the Rixos Borovoe Hotel. A year later, Bulat Utemuratov’s foundation joined the initiative as a social partner. The project collects funds for the purchase of vital medical equipment for children's medical institutions, perinatal and rehabilitation centres. In addition, donations are spent on the purchase of taxi cars for disabled and rehabilitation vehicles for hospitals, furniture and playgrounds for orphanages.

Over 2,500 people took part in Burabike for five years. Among them are famous athletes, politicians, public figures and businessmen. Alexander Vinokurov and Astana Pro Team traditionally lead the ride. About 1.2 million US dollars were collected at charity auctions to purchase medical equipment for 12 children's medical institutions around Kazakhstan.

Bulat Utemuratov’s Foundation sees the main aim of the BURABIKE Charity Ride not only as assistance to hospitals and orphanages, but also promotion of a healthy lifestyle and sport as well as development of domestic tourism.

The prevalence rate of cerebral palsy in Kazakhstan is growing, and in 2017 it was 73.6 cases per 100 thousand of the population.  Experts note that the pathology began to occur more often, that means that comprehensive research of the disease is needed. Therefore, Bulat Utemuratov’s Foundation signed an agreement on cooperation with the charitable organisation of public figure Aruzhan Sain "Voluntary Society for Mercy" ("DOM") in December 2017. Together they launched a research "Assessment of risk factors in the development of infantile cerebral palsy". The study helped to develop a set of recommendations for the Ministry of Health of Kazakhstan on the prevention of disability of children.

In March 2018 the Public Association "Association of Parents of Disabled Children "ARDI "signed a Memorandum with Bulat Utemuratov’s Foundation on allocation of USD 1 million for the opening of the Centre for Intensive Rehabilitation and Early Intervention for Children with Cerebral Palsy and the Training Centre for Specialists in the Rehabilitation of Children with Cerebral Palsy . It is planned to render assistance to more than 300 children aged 0 to 14 years. The resource base of the new centre will be used for implementing the most effective world methods and modern approaches to the rehabilitation of children with cerebral palsy.

Staying afloat during the floods

Health of schoolchildren – health of the nation

The Balaman School Improvement Programme was developed by the Kazakhstan Academy of Preventive Medicine under the leadership of Dr. Almaz Sharman in 2017. Its mission is to foster in children a conscious attitude to their health, create conditions in schools for a healthy and safe lifestyle. The Board of Trustees of Bulat Utemuratov’s Foundation decided to support this initiative.

And about the culture

Bulat Utemuratov’s Foundation supports cultural projects. In April 2018, signing of the cooperation agreement set the stage for the interaction between Bulat Utemuratov’s Foundation and the Batyrkhan Shukenov Public Foundation. The plans are to publish a gift CD x DVD-editions of all solo albums of Batyrkhan Shukenov and a musical edition of songs in the Kazakh language. In addition, the Republican contest of performers on woodwind instruments is being established in partnership with the Kazakh National Kurmangazy Conservatory as well as a scholarship for students.

A new direction for Bulat Utemuratov’s Foundation in 2018 will be maintenance of the ecological balance through the implementation of the project to reconstruct the Main Botanical Garden in Almaty. This charitable project worth up to 15 million dollars is aimed at the careful restoration of the oldest garden in the country in order to preserve and expand the biodiversity of the flora of Kazakhstan and turn this garden in a favorite place for comfortable and ecological recreation for residents and visitors of Almaty.

Seymour Ferreira: “There has been a substantial increase in sales of Riga Black Balsam”

Preserving the cultural heritage of our ancestors