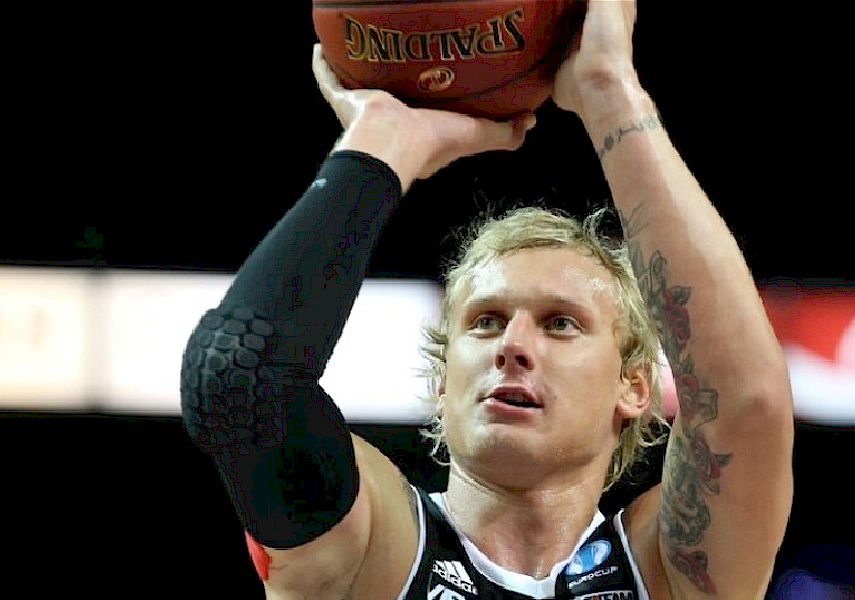 As they say, losing is not the worst of sports sins — not trying is. During the course of this VTB United League regular season VEF Riga basketball team certainly kept trying to play consistent basketball. From the all-round hustle of American guard Gerald Robinson, to promising flashes of future brilliance from Janis Timma, there was a lot to cheer about. They fought, they clawed, and they made life miserable for their opponents. They just didn’t do it often enough to make the playoff – it’s that simple!

Especially disappointing was VEF’s play down the stretch, when the 8th place was solely theirs to lose. And lose they did. To the point that its final game against Zenit Saint-Petersburg on April the 26th at Riga Arena didn’t mean much at all, tournament-wise. It was pretty sad on this fair spring day to roll into this beautiful venue only to find it almost abandoned. There was no line at the box office; nobody was shooting hoops in the nearby streetball court. Hell, it seemed like I was the only one who paid six euros for the stadium official parking – it was that empty.

But inside it was business as usual: VEF’s panda mascot harassed fans, vulgar hip-hop blared, sneakers screamed like tires biting the asphalt, the balls swished through the net in the hypnotic tune of “swish-swish” melody. It might be hard to believe, but the half empty arena gives you some advantages, too. Not only can you see the game, but you can hear it. For example it’s pretty neat to witness how some of the big men of basketball grunt and pout while fighting for the position under the basket, Monica Seles-style. Speaking about the giants of the game – that’s one area where VEF lacked some serious talent this season.

Of course, compared with the good old days, modern basketball is a much more guard driven game. But, nonetheless you’ve got to have a quality big man on the floor, at least for defensive purposes. Take the Russian center Timofey Mozgov for example: he’s doing a terrific job with NBA Cleveland Cavaliers late this season and nowadays in the playoffs. He makes ton of rebounds, he blocks and changes people’s shots, he supports fast breaks, he sets great screens. All in all, he makes a huge impact on the game, even dominates it sometimes, without scoring a single basket. He’s the type of player VEF could have really used this season.

But, as the once famous Latvian center Andris Biedrins doesn’t plan to make a comeback, there are none around in Riga these days, so VEF had to make do with its current roster of journeymen, unproven rookies, and a couple of declining veterans. Considering the situation, you can’t blame the team and its rookie coach Nikolajs Mazurs for not trying. On the contrary, by finishing 10th and almost making the playoffs, this VEF team kind of overachieved this year. Ball wizard Gerald Robinson will hardly stay for next season. But with the unlimited talents of 22-year old Janis Timma, VEF might have itself its franchise player for years to come. That is, if they will be able to keep him.

It’s too premature to call this two-metre forward the LeBron James of the Baltics, but if Timma keeps working on his game, the sky is the limit for him. Already having the mentality of a sports Nordic warrior, Janis just has to grow in every part of his game, step by step, tirelessly spending extra time in the gym on his own. In basketball terms it means not only score on offense, but look for his teammates as well. Not take any possessions off, but always being active, crashing offensive boards, if the play is not designed for him. And of course he could try to be an even better competitor on defense, volunteering to guard the opponent’s best perimeter and post players.

Too bad we couldn’t see all this as Mazurs kept Timma on the bench the whole Zenit game, which VEF subsequently lost 88:93 to finish the regular season with the record of 12 wins and 18 losses. But prior to this contest VTB United League acknowledged the Latvian forward and presented him the 2014-15 regular season “Best Young Player” award. It might not be much, but for an ambitious and upcoming team like VEF, it’s a perfect building block for future wins. As for Timma becoming the Baltic LeBron James (205 centimetres) metaphor, one has to remember that human body grows until full 25 years. So at least height-wise it’s still possible for Janis to catch up with basketball best’s player. And who knows, maybe not only height wise!