Both life and business in China returning to normal, Lithuanian ambassador says

VILNIUS - Life in China, where the coronavirus outbreak originated, is gradually returning to normal, Lithuania's ambassador in Beijing said on Monday, noting that the Asian country places a special focus on encouraging consumption to help the economy.

Lithuanian businesses present in China did not suffer any major problems, but were in a somewhat stagnant state for some time, according to Ina Marciulionyte.

"China is probably a few steps ahead (of Lithuania) in terms of what is being reopened. Eighth and twelfth graders are returning to school today," she said at a remote news conference.

According to the diplomat, it is planned that all tourist attractions, galleries and restaurants in Shanghai will stay open until midnight in May in an effort to compensate for the lost time.

"China places a strong emphasis on consumption," Marciulionyte said. "They are launching on Tuesday an e-commerce festival where lots of e-shops will offer discounts to encourage customers to buy".

"There is also talk of introducing a 2.5-day weekend so that people work less and spend more. Individual provinces issue their own vouchers that are valid for one week," she said.

Chinese medical equipment manufacturers are having a busy time now, with airports sometimes getting clogged with aircraft carrying their products.

Airports are overwhelmed with cargo traffic, forcing them to close for several days, and "shipping these supplies by train is very much encouraged," the ambassador said, describing it as an opportunity for Lithuania.

"We think we could have a niche where imported goods could be distributed to other countries that could use our railways," she said.

According to the ambassador, Lithuanian-owned businesses in China did not experience any major problems during the lockdown, but companies in Lithuania faced problems with supplies from China.

"We did not hear about very big problems. We knew that some businesses in Lithuania were facing supply shortages, but that was probably the case everywhere in Europe," Marciulionyte said when asked about how Lithuanian businesses are doing in China.

All businesses in China experienced problems due to disrupted supply chains at the start of the lockdown, according to the ambassador.

"Nevertheless, I know that our agricultural products are being shipped to China, and exports had not stopped completely," Marciulionyte said.

"Last year, we had a record year in terms of grain exports, and this year is likely to be quite good, too," she said.

The value of Lithuanian goods exports to China soared by 55 percent in 2019 to 277 million euros and the value of imports rose by 8.6 percent to 928 million euros, based on figures from Enterprise Lithuania, the government's export promotion agency.

Some Lithuanian laser industry businesses are active in China: Light Conversion has a company in the Asian country, and Eksma has a representative office there.

Baltik Vairas, the largest bicycle manufacturer in Northern Europe, imports about 30 percent of its component parts from China, and the Kaunas-based LED lighting firm BY&N purchases all of its products from that country.

Experts say that China is more important to Lithuania as an indirect export market as Lithuanian companies supply their products to EU producers whose final products reach China, but it is difficult to assess the size of such exports.

Article of the First President of the Republic of Kazakhstan Nursultan Nazarbayev -“When we are united, we are invincible” 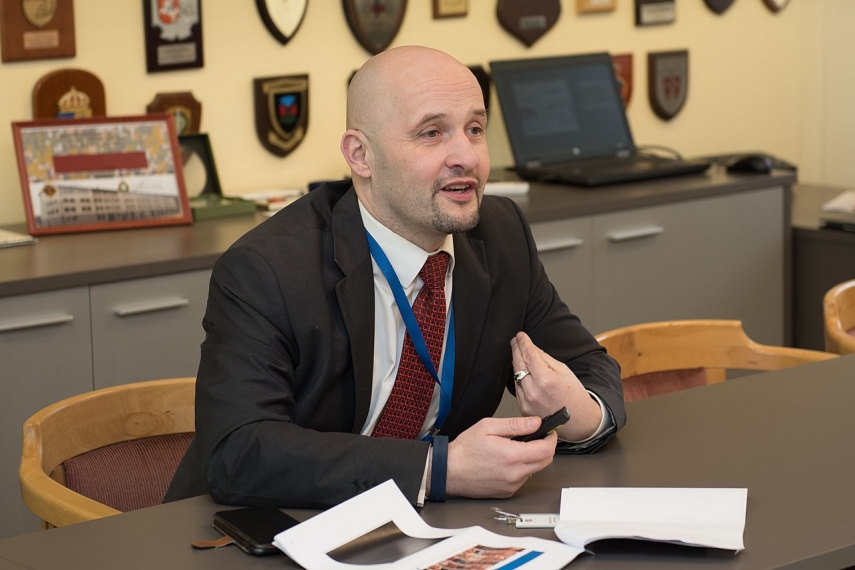 The spies who predicted COVID-19

BSF director Otto Tabuns: China is not alternative to Russia