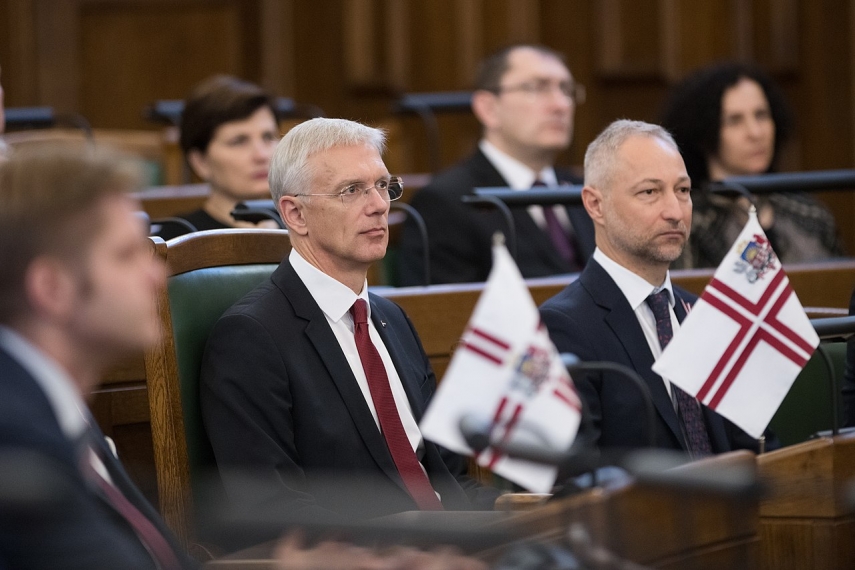 As reported, Nemiro on Wednesday suspended the ministry's state secretary Eglitis and asked law enforcement authorities to probe him for alleged violations related to the supervision of the mandatory procurement component (MPC) system. Eglitis, however, believes that he has been suspended for his resistance to the appointment of the minister's adviser Pavels Rebenoks to Latvenergo energy company's supervisory board.

Bordans says that he, as a deputy prime minister and minister of justice, advocates rule of law, principles of good governance, sound and responsible management of state property, and democratic governance. Bordans also points out that Latvenergo, a company maintaining infrastructure of strategic importance, is critically important for national security.

The statement also says that the current developments at the Economics Ministry prove that Nemiro Nemiro, instead of performing his task of eliminating MPC, is devoting all his efforts to appointing individuals associated with him, who though are not qualified and have dubious reputation, to work at Latvenergo.

"The economics minister's recent actions and developments at the most valuable company in the country are not in line with the principles of good governance. In addition, a representative of the ministry at the company, who has been working thriftily and in line with the law to prevent destabilization, is being urged to step down."

Bordans also says that, according to Eglitis, there were attempts to transfer him to another job for pointing out to Nemiro that appointing unqualified individuals to Latvenergo supervisory board carried serious risks. Only after Eglitis declined the offer to be transferred to another job did Nemiro decide to suspend him and turn to the prosecutor's office. Based on these considerations, Bordans is urging Karins to sack Nemiro.

Bordans points out that, according to the cooperation agreement of coalition parties' groups in the 13th Saeima, the prime minister has the right to demand resignation of any minister if he no longer has confidence in that minister or if the minister's professional qualities are inadequate.

As reported, Nemiro said on Wednesday that he based his decision on Eglitis' suspension on a letter from MP Ieva Krapane (KPV LV), who chairs the parliamentary ad hoc commission investigating the MPC system. In her letter Krapane alleges violations in the supervision of the MPC system on Eglitis' part. Nemiro added that he also asked the prosecutor's office to assess whether the allegedly poor oversight of MPC has led to any damages to the state.