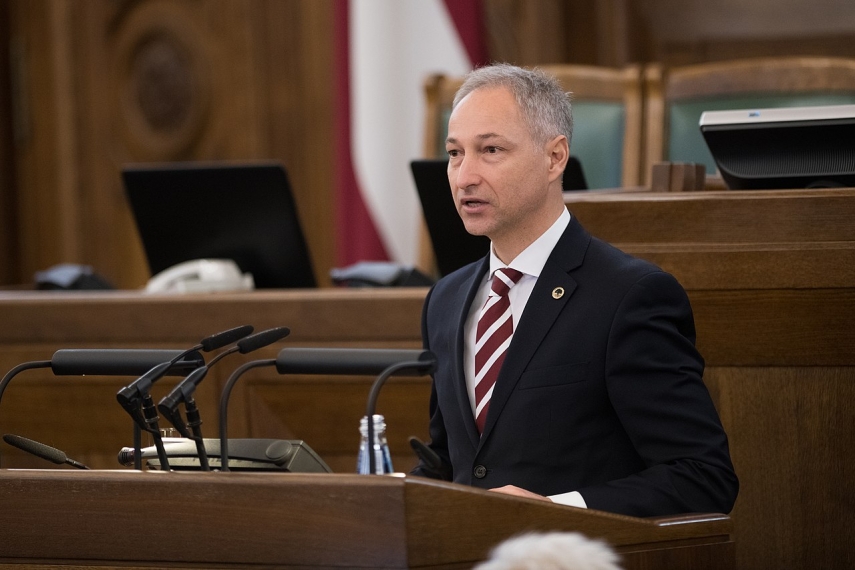 RIGA - Justice Minister Janis Bordans (New Conservative Party) yesterday has sent a letter to the Saeima legal committee, calling to vote on dismissal of National Electronic Mass Media Council (NEPLP) chairwoman Dace Kezbere because she does not meet the requirement on impeccable reputation set by the law, LETA learned from the Justice Ministry.

The minister in the letter mentioned that there are circumstances suggesting of significant and intentional breaches when organizing the tender for the board members of the Latvian public television. NEPLP operation doe not meet the society’s interests and does not ensure control over use of public funds.

Legal committee chairwoman Juta Strike (new Conservative Party) told LETA that the committee has received the minister’s letter and will assess it in the nearest time. Strike also said that this matter will be discussed with the human rights and public affairs committee.

As reported, the Electronic Mass Media Council selected Einars Giels to work as the new chairman of Latvian Television's board and Eva Juhnevica as the television's board member. Neither had prior experience of work in public media.

Several political parties and Latvian Journalists' Association urged the Electronic Mass Media Council to revoke the results of its competition to select new Latvian Television board members. Later on, Giels and Juhnevica handed in their resignations from the television's board.