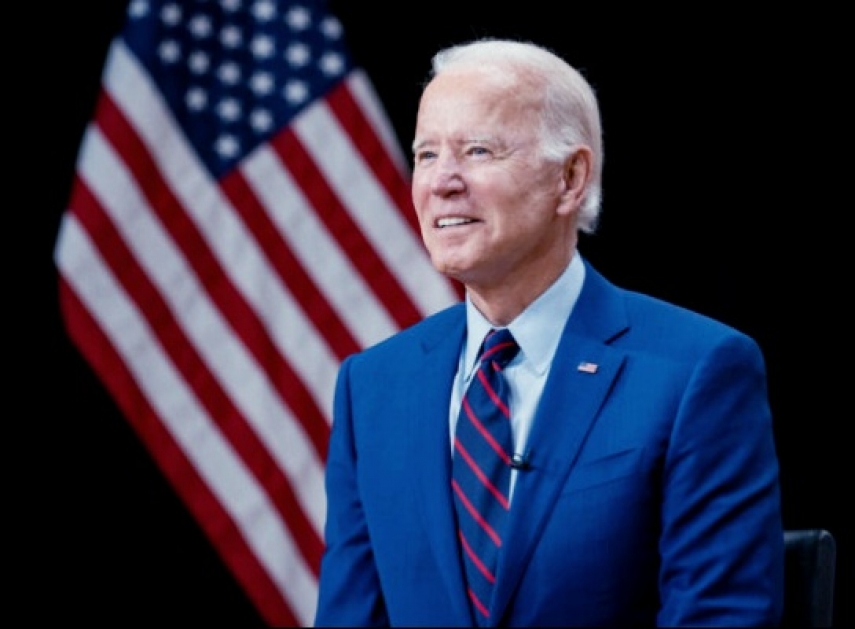 VILNIUS – Belarus' opposition will seek that US President Joe Biden present their "crisis resolution" plan during his meeting with Russian leader Vladimir Putin later this month.

Following Sviatlana Tsikhanouskaya's meeting with US senators in Vilnius on Tuesday, the Belarusian opposition's Coordination Council plans to send its proposals for solving the crisis to US leaders, Franak Viacorka, an advisor to Belarus' exiled opposition leader, said on Wednesday

"We want President Biden to discuss our position and our proposal on the resolution of the crisis: the key stone of our scenario is to conduct free and fair elections," Viacorka told a news conference.

Tsikhanouskaya said the US support has never been so strong as now.

"We feel that the US want to help us," she said at the news conference. "So, we'll talk about torture in Belarus, about people in prisons, and about 9 million Belarusians being aboard a hijacked plane, which is how we feel now."

The opposition leader said she has recently spoken with Dutch, Estonian and Austrian leaders, US senators, and officials from the Polish president's office and the National Security Bureau of Poland.

"Me and my team, all democratic forces and all Belarusians will continue to do everything we can to make sure that these terrible times in our country will come to an end and never happen again," she said.

Belarus' opposition will seek that Alexander Lukashenko's regime be declared as " criminal and terrorist", Tsikhanouskaya said.

"We remain in touch with international lawyers who help us prepare documents to launch an international investigation of the numerous facts of crimes against humanity committed by the regime," she said.

Tsikhanouskaya said her team welcomes the launch of an international law-enforcement investigation into the hijacking of Ryanair's Athens-to-Vilnius flight earlier in May.

The opposition leader said that despite the regime's intensifying crackdown, protests in Belarus will continue, with "smart solutions" developed by the ByPol ??analytical center expected to help coordinate them.

The Russian and US presidents are expected to meet in Geneva on June 16 amid mounting Western pressure on Russia and Belarus over respect for human rights and democratic principles.