Belarus activities in respect to illegal migrants are destructive - Karins 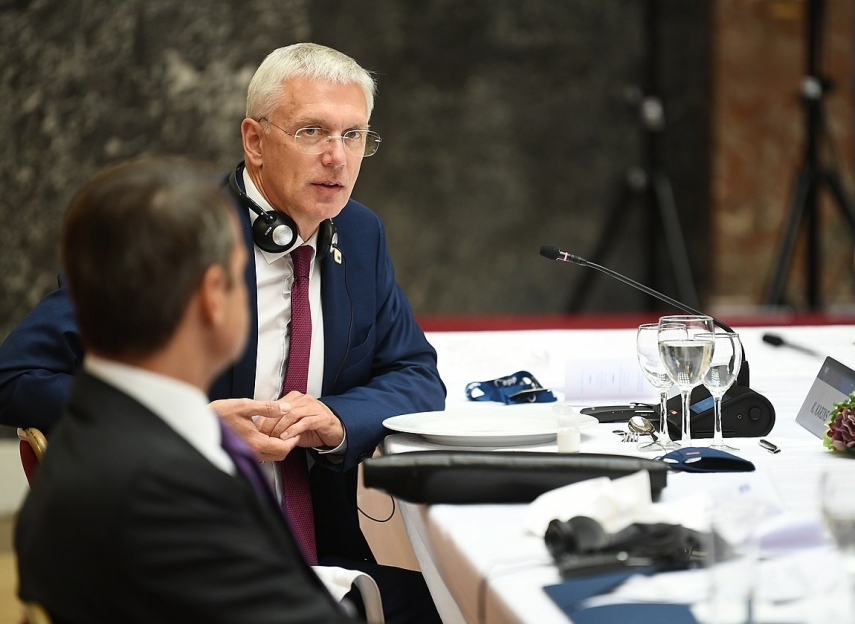 RIGA - Belarus activities in respect to illegal migrants are destructive for all engaged parties, said Latvian Prime Minister Krisjanis Karins (New Unity) at the meeting of the council for the implementation of the NGO-Cabinet of Ministers cooperation memorandum today.

NGOs asked numerous questions to the prime minister about the situation of illegal migrants on the Belarusian-Latvian border.

Evija Strupisa, a representative of NGO Gribu Palidzet Begliem (Wish to Help Refugees), said that the NGO organized humanitarian aid to people stranded on the Belarusian border on August 20-24, while on August 24 they were informed that the help is no longer necessary.

Strupisa wanted to know what happened with the 83 people who had been stranded on the border as NGO has no contacts or information about this group.

Karins said that he does not have this information, but he understands the wish of NGOs to provide help. At the same time, Karins is sure that the whole world should turn against Belarus who has invited people to its country, but then forces them across the border.

"It is a clear threat of hybrid war against the whole EU. What Belarus is doing is destructive for all engaged parties. A solution to this situation is sought on all levels," the prime minister said, adding that there are negotiations underway with Iraq about how to return their nationals to their country.

As reported, taking into consideration the steeply increasing numbers of illegal immigrants trying to cross into Latvia from Belarus, the government has declared a state of emergency that will run from August 11 until November 10 in the following municipalities: Ludza Region, Kraslava Region, Augsdaugava Region, and the City of Daugavpils.

Since August 10, a total of 645 persons have been stopped from crossing from Belarus into Latvia.