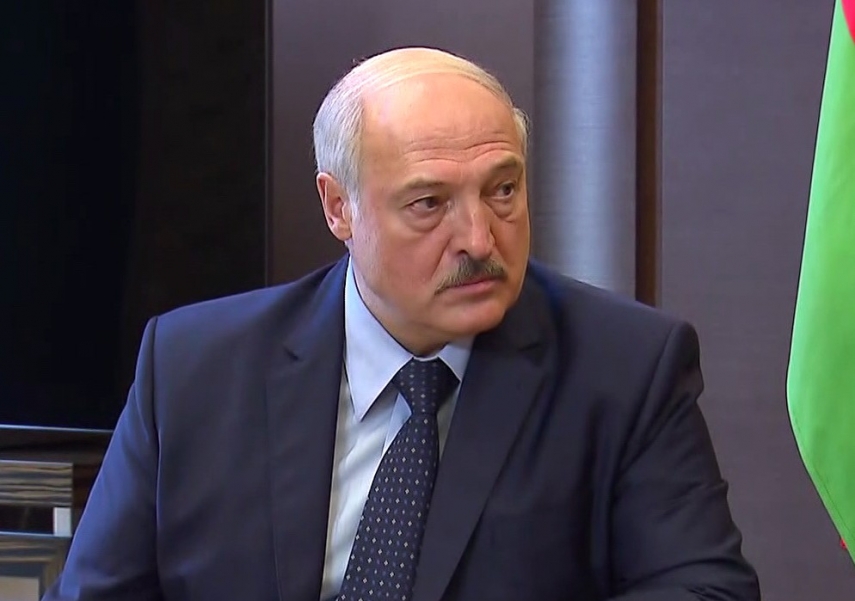 VILNIUS – One of Belarusian opposition leaders said on Monday that recent events show that Belarus is ruled by a "military junta", calling on the international community to list Alexander Lukashenko as an international terrorist and his regime as a terrorist organization.

"I believe that the international community [...] must designate Lukashenko and his regime as being terrorist," Pavel Latushka, Belarus' former culture minister and a member of the Belarusian opposition's Coordination Council, told BNS in an interview.

"That will restrict absolutely all contacts, financial and trade cooperation; this will not allow Russia to continue supporting Lukashenko. We need this decision," he said.

Latushka, a former long-time Belarusian diplomat, took the side of protesters against the rigged presidential election last year and now lives in Warsaw.

There are many indications that Sunday's interception of Ryanair's flight from Athens to Vilnius and its forced landing in Minsk under false pretense of a security threat was an operation orchestrated by the regime, according to the opposition activist.

"The pilot, of course, had no choice but to obey, because he was threatened by a military aircraft armed with air-to-air missiles. The nearest airport was in Vilnius; he could have start landing there, but was forced to obey the military plane," he said.

"We received that information yesterday from a foreign civil aviation service, as well as from our own sources at the Belarusian Ministry of Defense. Unfortunately, this proves once again that there is a military junta in Belarus and that the country is ruled by an international terrorist."

The arrest of Raman Pratasevich, a Belarusian opposition activist, blogger and co-founder of the Telegram channel Nexta, proves that the regime is moving from threats to a real crackdown on foreign-based opposition activists, according to Latushka.

Inside Belarus, 36 people were sentenced to eight to eleven years in prison for political reasons last week alone, he said.

The former diplomat said he was grateful to Lithuanian leaders for "their very clear position", adding that "a coordinated position of all EU countries is very important, too".

"We hope that in the near future, a real, substantial package of sanctions will be introduced, that a decision will be made to close Belarus' airspace pending the completion of the investigation into the incident, and that more urgent steps will be taken to designate Lukashenko as an international terrorist," he said.

Based on unconfirmed information, Pratasevich is currently being interrogated in a detention center of Belarus' KGB, he said.

Sunday's events and Belarus' worsening economic situation may become a trigger for new protests, but they are hampered by the regime's measures and the blocking of independent media, the opposition activist said.

Latushka has in the past served as Belarus' culture minister and its ambassador to Poland and France. The regime has put him on the list of "organizations and individuals involved in terrorist activity".

Latushka was among the first high-ranking Belarusian officials to publicly oppose the violent crackdown on protests in Minsk in the wake of last August's presidential election. He was fired as director of the Janka Kupala National Theater in August.