Being a soldier is the highest display of patriotism - Vejonis 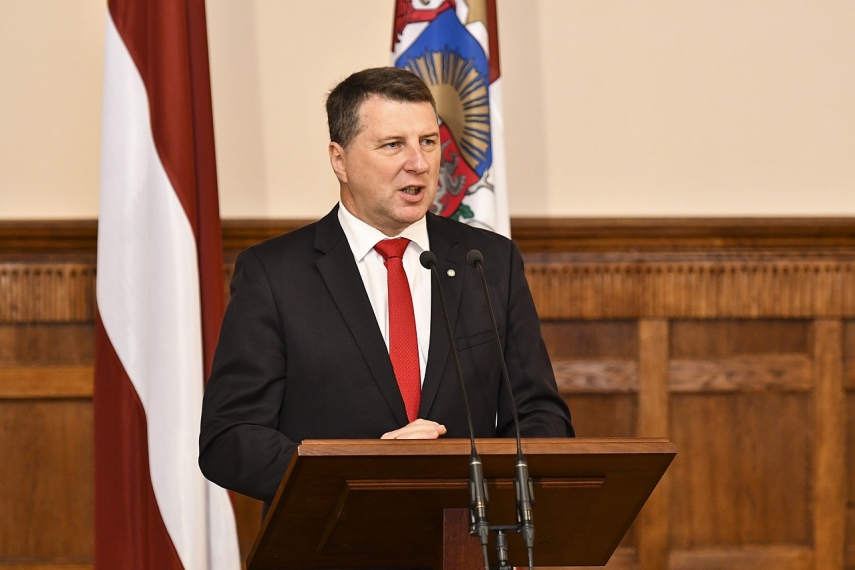 RIGA - Addressing celebrations today marking the 100th anniversary since the establishment of the Latvian armed forces at the 11th November embankment in downtown Riga, Latvian President Raimonds Vejonis said that being a soldier is the highest display of patriotism.

The president expressed his happiness about today's celebrations, pointing out that they not only mark the 100th anniversary since the establishments of the Latvian armed forces, but also serve as celebration for Latvia's military victories and independence.

''We can certainly thank our soldiers and officers that we have an independent nation today. A little more than 100 years ago we had just proclaimed our own nation, but this was not enough. The whole nation had to go to war to safeguard our freedom and independence. Under the new Latvian flag, school children, students, soldiers and men and women without military training were prepared to give their lives for Latvia,'' the president said.

He added that Latvia's army today is well armed and strong. At the same time, he said that being a soldier is the highest display of patriotism. ''I thank them for their service to Latvia and its people,'' the president said.

LETA observed that today's anniversary celebration is well attended, with many families and children and older people in attendance. Resident are also showing much interest in military equipment being displayed.